For sisters and eco-warriors Ann and Billie Dumaliang, their home during the year-long lockdown has been the conservation area Masungi Georeserve.

Besides being secluded from ever-rising COVID-19 cases, the two remain in Masungi to take on constant and serious threats to their conservation efforts, from illegal quarrying to “professional squatting.”

Ann, 29, and Billie, 28, are managing trustees of the geological heritage site in Baras, Rizal, which is defined by rainforests and limestone rocks.

Weekends as kids were spent in the area, which was being reforested with the help of their dad, Masungi Georeserve Foundation president Ben Dumaliang. As a denuded Masungi was rehabilitated in two decades, consciously or not, the sisters grew up to be its next stewards. 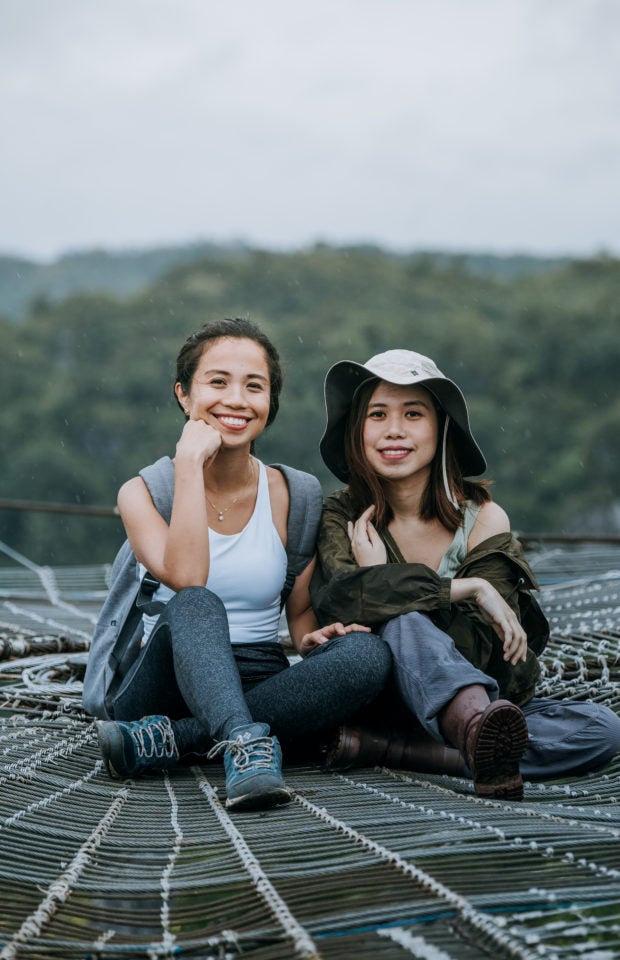 Saving Masungi ultimately means financing conservation efforts. Though managing the site is a joint venture between the government and the foundation, the government does not contribute any funding.

Thankfully, the foundation has proven that sustainable tourism, is, well, sustainable, by offering nature-friendly trails led by a local tour guide. When Masungi transformed into a geopark — part-trek and part-obstacle course — it quickly became a social media sensation and has received international recognition. 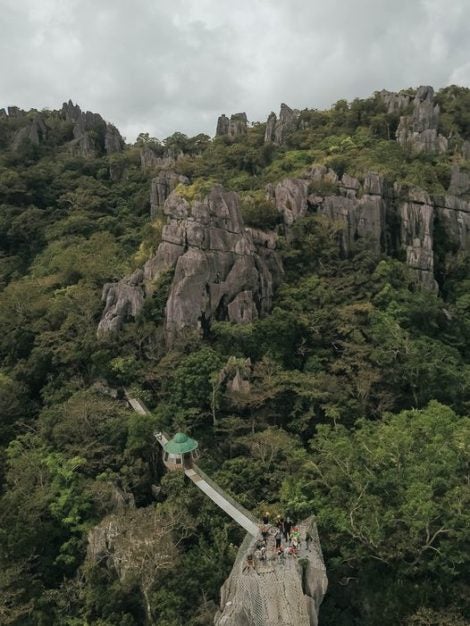 But the pandemic has slowed down tourism, with Masungi shutting down for months in 2020 and reopening only last November. Still, both sisters are grateful for any guest, as visits forward their cause not only financially, but also in educating people on the importance of the environment. Many of their visitors are city dwellers from nearby Metro Manila who are more familiar with the urban jungle than a forest.

“A lot of the problems that we have around environment and sustainability, it roots from our detachment from nature. Because who would want to destroy what keeps him alive?” Ann stressed. 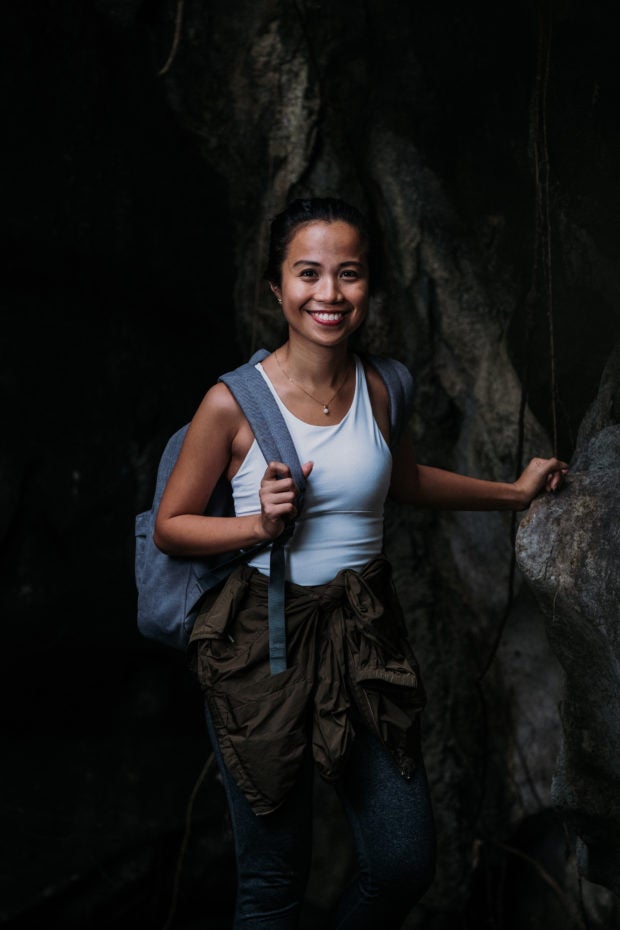 Ann oversees operations of Masungi while Billie does advocacy work of the foundation. Together, they make sure revenues from trail visits are able to cover salaries of park rangers and staff, legal fees to fend off land-grabbing cases, and the costs of developing and maintaining the conservation area.

Billie admits that she was initially a “non-believer” of the geopark, deeming it a risky venture. But she herself cannot deny its beauty and significance: “There has been nothing like Masungi in the country at all.” 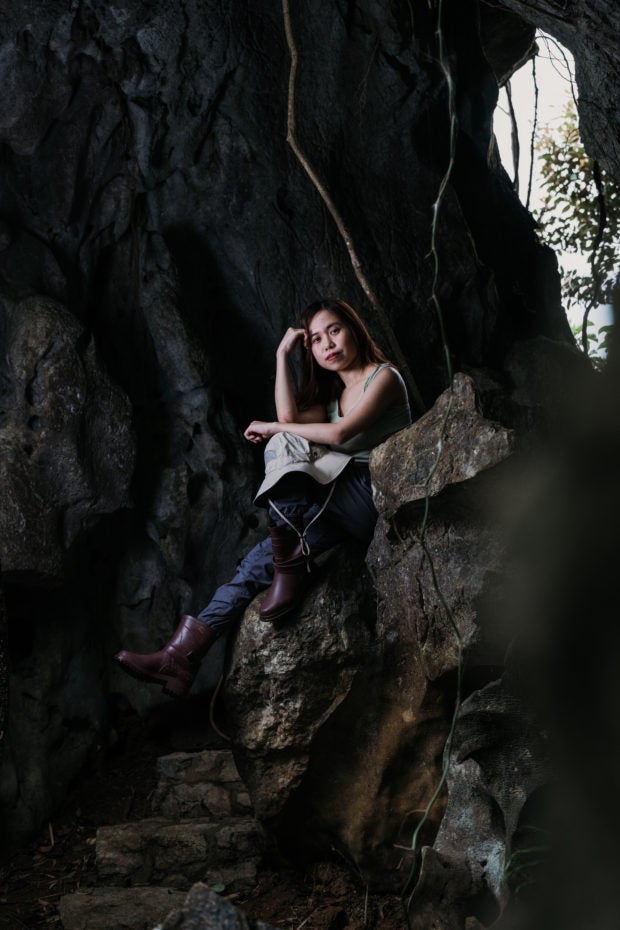 Eventually, Billie left her corporate job for Masungi in 2016. Her first day involved gunfire from land grabbers. But the danger of this work as environmentalists has only strengthened her and her sister’s resolve. It also helps that the two make a good team. As Billie puts it, “The success, you can see it, it’s on the horizon even if there are big threats. Hope is there; if there’s awareness of the public, we think we can make it.”

In this edition of Take 10, Billie and Ann gave us a glimpse into what’s on their minds when they are not concerned about the environment — which is just about never.

What is your happiest memory?

Billie: Traveling with my family and eating a local cuisine.

Ann: That would also be my answer. A particularly fond memory I have would be still with family, staying in a park and just chilling. Eating strawberries and crepes and just lying down on the grass.

What do you think is your sister’s best trait?

What is your relationship like as sisters when you’re not working?

Ann: For the record it’s very rare that we’re not working on something… but discovering, exploring and learning is a lot of how we spend our time together.

Besides Masungi, what is your favorite place that also has sustainable tourism?

Billie: I like north Australia because that’s where they have rainforests that look like the Philippines. They’ve done a good job in transforming their conservation mission into something that is sustainable. Like pathways through the forest or even above-head, trail management, trail interpretation and using products from the forest and turning those into enterprises like ice cream and spices.

Ann: You can be in the city proper with lots of shops around you and big bats are flying overhead… Everyone knows when jellyfish season is, when crocodile season is and shark season is. They respect that… Costa Rica, another country close to the equator. They create so many good experiences in nature without creating damage to the environment. All of that roots from that amazing understanding of how conservation and tourism are related. Carlos Manuel Rodriguez — who is the environment minister of Costa Rica — we had the opportunity to talk to him. He does keep in touch too. He led the idea of payments for ecosystem services… a lot of their economic decisions are influenced by that, even in tourism… Locally, I like how Batanes still has its identity or character intact. There’s also this group in Cebu leading [tourism at] the Aloguinsan River. They’ve also been awarded many times for ecotourism in their area… France and how they showcase their tiny villages and the unique character of each village.

What is a time that you’ve felt disappointment?

Billie: When I meet people who are supposed to be in positions of authority and they do the exact opposite [of serving people].

Ann: They’re supposed to be servant leaders. [But instead they do] more of serving themselves.

Ann: People who have so much control over the difficult situations but see their roles as menial record-keeping tasks. Or would love to attend so-and-so discussion or conference but not realizing it on the ground. I always get disappointed with people who can’t walk the talk… Another more recent encounter would be what we’re dealing with, the most recent land-grabbing incident. There are certain chieftains who made decisions on behalf of the community without the community’s consent to the point of endangering what’s good for the entire tribe. That’s really disappointing for me because in tribes, they’re families, they see each other as family. So that’s a different level of evil for me to be able to do that and stomach it.

What do you do to relax?

If you weren’t doing conservation work, what would you be doing?

Which living person do you most admire and why?

Ann: I really admire my parents. They’ve shaped a lot of who we are today. I also admire Kris Tompkins for using her wealth and business acumen to re-wild land in southern America. Very brilliant, strategic and so full of heart to be able to take on that track.

What is something new you’ve learned during the pandemic?

Billie: Invite your fear to tea.

Ann: To see adversity as an opportunity to grow sharper and better, faster. To approach it with optimism, grace and a sense of humor.

What is a life lesson you’ve gotten from being around nature?

Billie: Timefulness. To see moments on a scale of a lifetime or in the Earth’s time, which is a lot. Basically, if you encounter adversity, is it really gonna ruin your life? If you encounter climate change, you have to see that not as just a blip in a week or a year but in Earth’s time so that’s how you’re gonna be able to tackle such a huge problem.

Ann: I also really learned of the interconnectedness of everything. Whatever happens to nature, you really do to yourself. Every single thing that happens impacts something else, then inevitably goes back to you one way or another… If we’re talking about progress, progress isn’t going to be about how much money you make, how much GDP grows in a year. It’s about who gets to perfect that first, that quest for sustainability and the best quality of life for everyone. JB