Leading mobile services provider Smart Communications, Inc. (Smart) has clinched a three-peat as the Philippines’ fastest mobile network according to Ookla, the global leader in internet testing and analysis.

For this feat, Smart surpassed Globe in terms of Speed Score and average upload and download speeds for three years in a row since 2018, based on millions of consumer-initiated tests performed on Speedtest on LTE-capable devices in the Philippines. 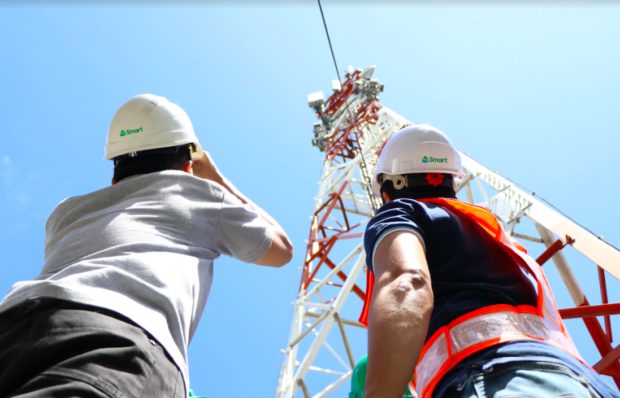 “This award recognizes Smart’s commitment to delivering fast speeds to their customers across the Philippines. With this latest win, Smart has won the Speedtest Award for Fastest Mobile Network in the Philippines three consecutive years in a row,” said Ookla CEO Douglas Suttles in a statement.

Smart was first awarded as the Philippines’ Speedtest Awards Winner for mobile network speed in 2018, when it posted a Speed Score of 15.06 compared to Globe’s Speed Score of 9.9.

In 2019, Smart won the Philippines’ Speedtest Awards for mobile network speed with a Speed Score of 17.4 versus Globe’s 10.65.

In 2020, Ookla awarded Smart as the Speedtest Awards Winner in both the first and second half of the year.

Network expansion across the nation

Smart’s consistent network superiority is a result of its parent company PLDT’s continuous investments in the expansion of fixed and wireless networks across the country to elevate the country’s telecommunications industry and deliver world-class services to Filipinos.

PLDT recently announced that it was prepared to invest between Php 88 billion and Php 92 billion in capital expenditures this year. This supports Smart continuous expansion of its 4G/LTE network across the country, as well as its accelerated rollout of Smart 5G, which delivers superfast fiber-like mobile speeds for customers.

The leader in 5G technology

Smart is at the forefront of the 5G revolution in the Philippines as the first local telco to launch 5G services nationwide last July 2020 in Metro Manila, and strategic areas in Luzon, the Visayas, and Mindanao.

To date, Smart has fired up more than 2,300 Smart 5G sites across the Philippines – the most extensive 5G coverage in the country.