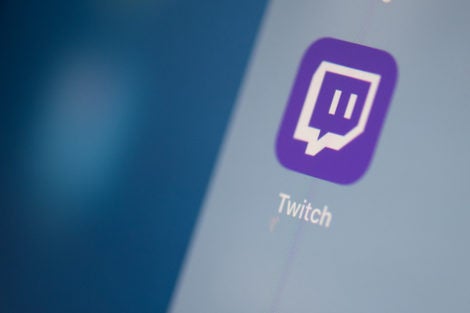 FILE PHOTO: This illustration picture taken in Paris on July 24, 2019, shows the US live streaming video platform Twitch logo application on the screen of a tablet. (Photo by Martin BUREAU / AFP)

San Francisco, United States — A Twitch star held a new record for subscribers on Wednesday after winning fans with a month-long live stream at the Amazon-owned platform popular with video game players.

Ludwig Ahgren had more than 283,000 subscriptions in what TwitchTracker website ranked as an all-time high, topping well-known Tyler “Ninja” Blevins.

“Since I started streaming — Prince Phillip died — The Suez Canal got blocked and unblocked — (YouTuber) David Dobrik made two apology videos — Jesus of Nazareth died and then rose from the dead,” Ahgren quipped in a tweet before his 31 days of continuous live streaming ended late Tuesday.

Ahgren launched what he referred to as a subscription marathon in mid-March, originally promising to add a bit of time to the stream for each subscription.

As his stunt became a sensation, Ahgren set a definite stop time for fear that the Twitch community would keep his stream alive indefinitely, according to US media.

During the streaming binge, sometimes Ahgren was not in view or off sleeping.

Ahgren also promised that a portion of each subscription, costing $5 monthly, would be donated The Humane Society or St. Jude’s charities.

“Records are meant to be broken, I would be lying if I said wasn’t a little sad but congrats @LudwigAhgren on holding the new sub-record on twitch,” Ninja tweeted.

Ahgren has 2.65 million followers, according to TwitchTracker, which ranked him the third most popular streamer at the Amazon-owned platform.