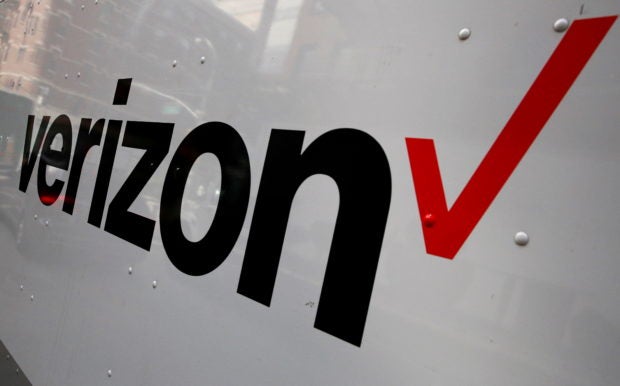 FILE PHOTO: The Verizon logo is seen on the side of a truck in New York City, U.S., October 13, 2016. REUTERS/Brendan McDermid

Verizon Communications Inc is getting rid of its media businesses that include iconic brands Yahoo and AOL for $5 billion, ending an expensive and unsuccessful run in the media and advertising world.

Despite spending more than a decade and billions of dollars acquiring a stable of internet brands, the New York-based telecom company has struggled to make headway in a highly competitive internet advertising space dominated by Facebook Inc and Google and has focused its resources on developing 5G.

Having written $4.6 billion off the value of the businesses in 2018, Verizon will get just $4.25 billion in cash from private equity firm Apollo Global, along with preferred interests of $750 million and a 10% stake in the unit – about half of what it had paid for the businesses.

The move concludes a steady drip of deals that saw Verizon sell blogging platform Tumblr in 2019 for an undisclosed sum and news website HuffPost to BuzzFeed last year.

The series of media divestitures came after Hans Vestberg, chief executive at Verizon, took the helm of the wireless provider from his predecessor Lowell McAdam, who was behind the vision of a media and telecom giant.

Vestberg has prioritized building out the telecom network as the company spent $52.9 billion for C-band spectrum in the government auction earlier this year.

The divested unit, which was previously named Oath and recently renamed Verizon Media, will now be called Yahoo when the deal closes around the second half of 2021 and continue to be helmed by Guru Gowrappan.

For Apollo, the deal comes at a time when the big internet platforms have sewn up huge portions of the digital advertising market, drawing regulatory scrutiny over their practices.

Apollo, an investor in Shutterly and Expedia Inc, was interested in the Yahoo asset when it ran a process in 2017.

Reed Rayman, partner at Apollo, said the private equity firm will look to expand advertising and ecommerce and grow key assets including Yahoo Finance and Yahoo Sports through new business initiatives, such as subscriptions.

Verizon started engaging potential buyers last fall. Reuters previously reported that it had sought buyers for Yahoo Finance in 2019, and some industry estimates had valued that business alone at around $2 billion.

That compares with the roughly $4.48 billion Verizon spent on Yahoo in 2017, betting its 1 billion-plus users would be a fertile audience for online ads. It acquired email service AOL for $4.4 billion in 2015.

Verizon Media’s portfolio also includes online brands such as TechCrunch, Makers, Ryot and Flurry, according to its website. It reported revenue of $1.9 billion in the first quarter of 2021, up by 10.4% year-on-year.