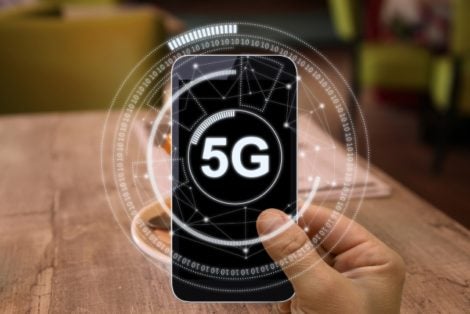 A host of more affordable 5G smartphones should be coming in 2021. Image: IStock/alexsl via AFP Relaxnews.

South Korean technology giant Samsung, Finland’s Nokia, and Ericsson of Sweden, and the Indian government’s own C-DOT research and development center will help four Indian telecom service providers in the tests in rural, semi-urban and urban areas across the country, the communications ministry said in a statement late Tuesday.

Huawei and ZTE were not among the 5G developers listed.

The two Chinese companies have been blacklisted in the United States while Britain, New Zealand, and Australia have formally blocked Huawei from their 5G networks following US pressure over security concerns.

The absence of Huawei and ZTE from the 5G trials in India comes as the country has feuded with China in recent years.

Four Chinese troops and 20 Indian soldiers died last June in a clash on their disputed border high in the Himalayas.

Beijing has also irked New Delhi with its support for arch-rival Pakistan, as have Chinese investments in Indian Ocean nations that India sees as its backyard.

India’s 5G trials will last an initial period of six months, including two months to procure and set up the equipment, the communications ministry said.

India said it had given permission for the trials to be conducted “in rural and semi-urban settings, also in addition to urban settings, so that the benefit of 5G Technology proliferates across the country and is not confined only to urban areas.”

The objective of the trials was to test 5G phones and devices, as well as the technology’s application in areas such as telemedicine, tele-education, augmented/virtual reality and drone-based agricultural monitoring, the ministry said.