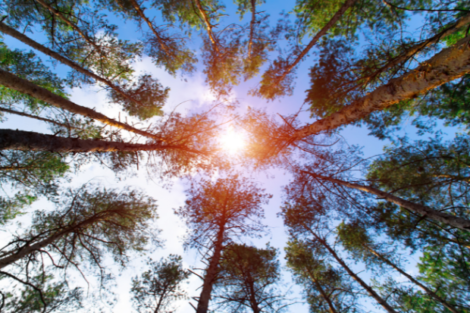 Forests play an essential role in capturing and storing carbon. But climate change poses a growing threat to these ecosystems. With fires and deforestation linked to human activity, the Amazon rainforest in Brazil has, for example, released more carbon than it absorbed in the last 10 years, according to recent research.

But tropical forests aren’t the only areas of woodland under threat from climate change, according to a new study from Boston University researchers.

According to the authors of the study, published in Nature Climate Change, the computer models currently used to simulate how the Earth’s climate will change in the future underestimate the impact of global warming on the world’s northernmost forests (Canada, Alaska, Siberia, Fennoscandia). In fact, these northern forests absorb a significant amount of Earth’s carbon dioxide, highlights Boston University environmental earth scientist, Mark Friedl, senior author on the study.

The scientists developed a method based on data from a NASA satellite carrying laser-based imaging technology, called LiDAR, capable of detecting the height of vegetation in forests. This data was then used in conjunction with the Landsat tool, which can be used to evaluate forest cover over the last 30 years.

The results were conclusive: the world’s northern forests won’t be able to sequester as much carbon as expected.

“The far north is home to vast, dense stores of carbon that are very sensitive to climate change, and it will take a lot of monitoring and effort to make sure these forests and their carbon stores remain intact,” explains Jonathan Wang, the paper’s lead author and a PhD student in Friedl’s lab.

Because of fires of increasing frequency and intensity, these forests are particularly suffering the loss of conifers, a family of trees that are especially suited to cold climates.

“An often-stated argument against climate action is the supposed benefits that far northern ecosystems and communities will enjoy from increased warmth. It may be greening, in some sense, but, in reality, the climate-driven increase in wildfires is undoing much of the potential benefits of a warming, greening north,” warns Wang. JB

Business travelers are increasingly willing to give up flying