To boost your run, think pink for your drink, says study 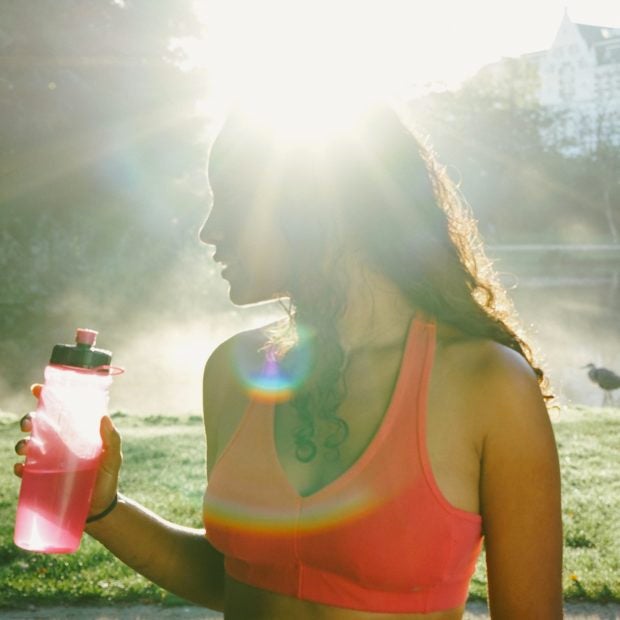 According to a British study, consuming a pink-colored drink during an exercise session could increase performance. The placebo effect produced by the color, linked to sugar in the collective imagination, may also intensify the feeling of well-being.

In this study, published in the journal Frontiers in Nutrition, researchers from the Centre for Nutraceuticals at the University of Westminster in London asked participants to run for 30 minutes on a treadmill at a speed of their choice.

Both drinks were artificially sweetened and low in calories, with only food coloring added to the first drink to give it its pink color.

The participants who were given the pink drink ran an average of 212 meters longer than the other group, and researchers noted a 4.4% increase in their performance. The athletes in the pink drink group also felt more pleasure in running. The exercise seemed easier and more enjoyable for them

The researchers explain these results by the particularities of the pink color chosen for the study. Pink is associated with sweetness and therefore promotes the body’s expectation of sugar and carbohydrate intake.

“The findings from our study combine the art of gastronomy with performance nutrition, as adding a pink colourant to an artificially sweetened solution not only enhanced the perception of sweetness, but also enhanced feelings of pleasure, self-selected running speed and distance covered during a run,” commented Dr. Sanjoy Deb, author of the paper.

More research is needed to find out if the proposed placebo effect, in this example the pink drink, causes a similar activation of the brain’s reward areas. JB

What to do post-run to maximize your results

TOPICS: Nutrition, placebo, running, speed, Sports
Read Next
Instagram lets users pick preferred gender pronouns
EDITORS' PICK
Garcia softens stance, meets IATF halfway on swab-upon-arrival policy
Want to help local farmers? Shop small and eat Real Food
ICC is everything but a court of ‘white people’
Manila is 78th most expensive city in the world for foreign workers
TeaM Energy pushes development programs to help in pandemic rebound
Piolo Pascual: The Ultimate Heartthrob continues to level up
MOST READ
Sharon Cuneta on living in the US: ‘Nagagawa ko lahat ng normal na bagay’
ICC is everything but a court of ‘white people’
Duterte-Duterte tandem possible but ‘winnability is another question’ — Binay
Mike Nieto asks fans: ‘No below the belt remarks’ toward South Korea
Don't miss out on the latest news and information.