How to read binary code 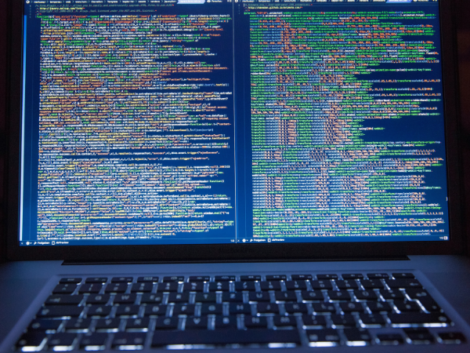 Do you know how to read binary codes? Pretty impressive if you do, since they’re a computer’s language. Binary coding is a system of counting that boils down to two digits—one (1) and zero (0) that represent ON and OFF, respectively.

The binary system is the core of all binary codes. These codes are then used to write digital like the computer processor you use every day. Types of machinery also use similar codes, but this can differ according to their programming.

Though binary codes existed long before the existence of computers, it is now mainly used for technology, tweaking programs, and improving digital applications. You can even convert text to binary code for your purposes.

You can do this manually with tons of mathematical equations or simply by using a text converter online. To learn more about reading binary codes, read below.

The modern binary number system being used today dates back to Gottfried Leibniz in the 17th century. Historians argue that it dates further back, with Ancient Egyptians using a similar system of using only two numbers for multiplication. No matter their origins, binary codes are now vital for the computers we use every day, especially in this new age of technology.

Why are binary codes used in computers anyway?

First, it is a simple and elegant design that can be easily understood since the Arabic numeral system is mostly used universally. Binary digits are mainly used to detect an electrical signal’s off (false) or (true) state. Its effectiveness makes programs less susceptible to electrical interference and is the most efficient way to control logic circuits.

Translating binary digits is more simple than you might think. It just seems a bit intimidating because of all the math, but the equation is easy. Each digit in a binary can have two values, so the base is always 2 when calculating.

First, binaries are always calculated from right to left and always start with zero. For example, if you have the code 01001, you will start calculating 1 on the right.

The value 1 will tell you that you will use that value, whereas 0 will not be used. Start by raising each digit with the base number two (2) raised to an exponent, with that exponent’s value increasing by one as you move through each of the digits. So it goes like this: 2^(n) or 2 raised to the power of (n).

How do you convert binary codes to text?

When people say they want to write in binary, converting binary codes to text using the ASCII (American Standard Code for Information Interchange). The ASCII chart assigns a character to each value represented by a byte (8 bits binary). It is made up of upper and lowercase Roman letters, numbers, and special characters.

The word “dog,” for example, is a lengthy 01100100 01101111 01100111 in binary. You might be thinking that binary to ASCII code is a pretty clever way of hiding messages, and you’re right. Before it was used for computers, binaries were used to hide and decode letters for underground societies and royal families, maybe even until today.

Who can use the binary system?

Anyone who can understand computers and the purpose of binary codes can use them. The codes are most suitable for computer applications and digital communications. People who specialize in this area, such as software experts and information technologists, often use these codes in their line of work. Even technicians, who work with analyzing and designing digital circuits, make use of binary codes.

Given that only two digits are used, and their addition method is similar to adding decimal numbers, it is a relatively easy system to use and implement. But if you are a beginner and only want to know the basics, it doesn’t hurt to learn how to read binary codes. It could even come in handy someday. You never know.

Do all computers use binary codes?

Typical modern computers use binary for everything. The values of 1 and 0 represent higher and lower voltage in its RAM, which then reads the system’s logic circuit. Outside of computers, the binary code can be used as a coded language using ASCII. However, when programmers refer to binary coding, it is always in the base 2 system.

You may understand and write in binary to translate it to text, but your computer cannot. CPUs cannot recognize letters or mathematical equations, only numbers. While your system may sometimes display a series of texts, these are called source codes and have already been translated from binary codes. So, yes, all computers use binary codes and other types of machinery that have programming units.

Binary coding sounds like a big word to people who have no idea how they work. But just like any other language, it can be understood by anyone who pays close enough attention to learn all about it. Computers’ binary codes are often so long and complicated that it would take forever for a human mind to decode all of them.

If you want to learn more about this kind of system, it would be best to delve into software studies. But if you just want to learn how to read binary codes without hitting the convert button online, knowing the basics is more than enough.