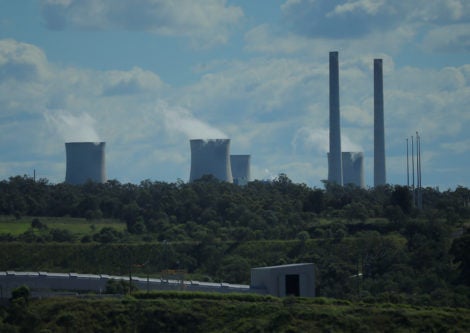 MELBOURNE — Australia’s carbon emissions fell by 5% in 2020 with growth in wind and solar energy, a hit to transport from coronavirus lockdowns, and a rise in carbon capture at the huge Gorgon LNG project, the government said on Monday.

Emissions fell by 26 million tons to 499 million tons of carbon dioxide equivalent (CO2-e) in 2020 from the previous year, the Department of Industry said in a quarterly update.

“We are on track to meet and beat our 2030 Paris target,” Australian Energy Minister Angus Taylor said in a statement.

However, Australia, the largest per-capita emitter among the world’s richest nations, has refused to set a more ambitious target for 2030, unlike countries such as the United States and Japan.

“Other countries are stepping up, but we are nowhere to be seen,” said Climate Council researcher Tim Baxter.

Adding to future emissions, the conservative government this month provided A$600 million for a new gas-fired power station, which critics have said would not be needed.

The power sector remained Australia’s biggest polluter, accounting for one-third of emissions, even with a 4.9% drop in emissions due to a decline in coal-fired and gas-fired generation.

Emissions from the transport sector, the third-largest polluter, fell 12% as COVID-19 lockdowns kept cars off the roads and planes on the ground.

Emissions from liquefied natural gas (LNG) plants, which had grown over the previous four years with the start-up of new LNG plants, fell as long-delayed carbon capture and storage project at the Gorgon LNG plant cranked up, the government said.