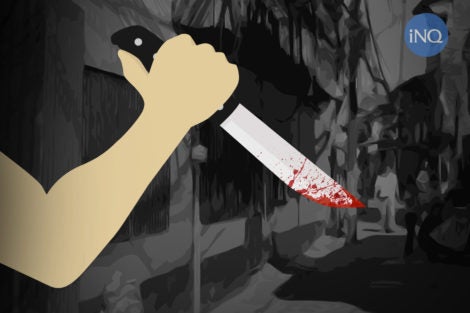 Rennes, France — A teenager in France has been arrested after stabbing his father to death and then sharing images of the crime scene online, investigators said on Tuesday.

The 17-year-old in Ploeren, a town of about 6,000 in the northwestern Brittany region, called police late Saturday to say that “he had just stabbed his father to death in the family home”, prosecutor Francois Touron said in a statement.

On arrival, police found the dead man’s body with multiple knife wounds, and arrested the son, who was under the influence of large amounts of alcohol.

But by then the young man had already sent a video of the scene to about 40 people on social media, Touron said.

Police quickly took down the video, and a psychological support unit was set up to help the recipients, and their parents, with any trauma from viewing the gruesome footage.

According to investigators the teenager, after drinking at a party, made his way to the home where his father had been living alone for weeks after his wife and their two children moved out.

He let himself in, took two knives from the kitchen, woke his father up in the bedroom, and stabbed him, the prosecutor said.

The young man told police he had wanted to put an end to his father’s violent behavior, triggered by drinking, which he said had caused much suffering for the family.

Last month, the boy’s mother filed a domestic violence complaint against her husband and authorities opened a criminal investigation.

She then left the family home with the couple’s two children.

An investigating magistrate late Monday charged the teenager with voluntary manslaughter and the publication of images related to a crime involving bodily harm.