PH to launch biggest satellite in 2023 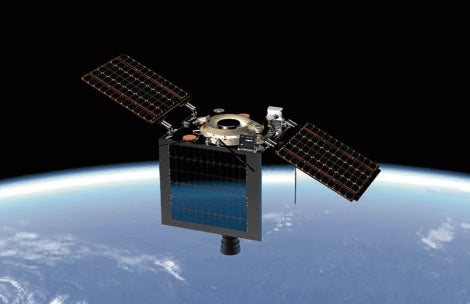 NEWEYE IN THE SKY Artist’s impression of SSTL’s TrueColour spacecraft, whose design is the basis of PH’s Mula satellite. —PHOTO COURTESY OF SURREY SATELLITE TECHNOLOGY LTD.

MANILA, Philippines — The Philippines will soon be sending its biggest Filipino-made satellite to space.

Mula weighs 130 kilograms compared with microsatellites Diwata-1 and Diwata-2, which weighed around 50 kg.

Mula is being developed under the Advanced Satellite and Know-How Transfer for the Philippines (ASP) project of the Department of Science and Technology (DOST).

The project is being implemented by scientists and engineers of the University of the Philippines Diliman and the DOST-Advanced Science and Technology Institute (Asti), in coordination with the Philippine Space Agency (Philsa).

The Philsa will oversee its completion and launch in 2023, as well as the satellite’s management and operation.

Mula is being designed and manufactured together with British small satellite developer Surrey Satellite Technology Ltd. (SSTL), which won the P370-million contract in September 2020.

In August 2019, the DOST-Asti signed an 11-million-British-pound (around P730-million) agreement with SSTL for the country’s share of data tasking and acquisition of its NovaSAR-1 satellite’s services.

Mula’s design is based on SSTL’s TrueColour earth-observation satellite, capable of capturing 5-meter resolution images with a swath width of 120 kilometers—an improvement from Diwata-2’s cameras, which have a 54-m spatial resolution with a field of 90 km.

Once launched, the satellite shall provide data on a regular basis for a wide variety of applications, including coastal mapping and monitoring; disaster damage assessment; agriculture and aquaculture monitoring; and forestry management, among others.

Mula’s payload also includes Automatic Identification System and Automatic Dependent Surveillance-Broadcast, which can be utilized for ship and aircraft detection and tracking.

“With its capability to capture higher-resolution images, we will be able to better monitor terrestrial ecosystems, as well as our land and marine resources to ensure both agricultural productivity and environmental integrity,” said Gay Jane Perez, deputy director of Philsa and ASP project leader.

According to engineer John Leur Labrador, Mula project manager, the new satellite can be described as having our own astronaut in space.

“We can think of this spacecraft as a Filipino astronaut tasked to take images of our natural resources while monitoring aircraft and ship activity in our country at the same time,” said Labrador, who also worked on Diwata-1 and Diwata-2.

After the launching in 2016 of the Diwata-1, the first Filipino-made satellite, into space, the country, through the DOST, has picked up the pace in space development. Since then it has launched another microsatellite (Diwata-2) and two cube satellites (Maya-1 and Maya-2).

The country is also set to send to space four more cubesats built by Filipino engineers locally — the third to sixth iterations of Maya — in the near future.

With the creation of PhilSA in 2019, the country now has a concrete roadmap in its goal of “becoming a space-capable and space-faring nation in the next decade.”

“It’s inspiring to think how far we’ve come, but at the same time, moving forward is an ever-present challenge. However, I’m confident that we are headed in the right direction, spearheaded by this project and the multitude of space technology ventures we are pursuing,” Labrador shared.

“These activities will bring Filipinos closer to our goal of playing a significant role in the rapidly expanding and high potential field of space technology,” he added.