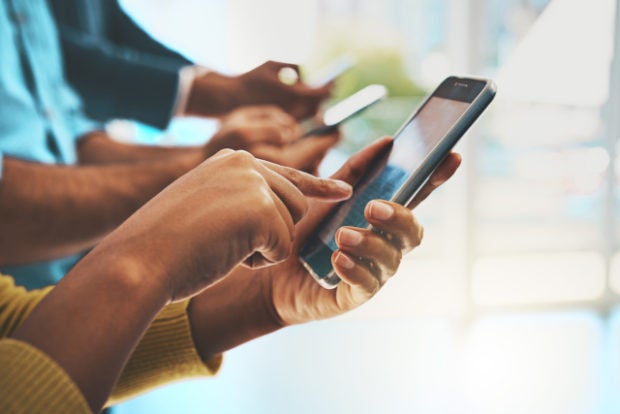 MANILA, Philippines — While the average cost to connect to fixed wired broadband in the Philippines sits on a high range in Asean, the cost of connecting to the internet in the country is cheaper because most Filipinos use the mobile, or wireless, option, according to a telecommunications firm.

In a statement, Globe Telecom Inc. said the Philippines’ “challenging topography” has made the country’s online connectivity largely mobile.

Latest data from research firms Hootsuite and We Are Social’s Digital 2021 report said that there are a total of 73.91 million internet users in the Philippines as of January 2021.

This has pushed the largest players in the telecom industry to adopt a “mobile-first strategy”, according to the Globe statement seeking to clarify a previous Inquirer.net report listing the costs of fixed and wired internet connections.

The Globe statement said the costs of mobile, or wireless, connection has been omitted in the data cited by the previous report and that’s the reason Philippine internet costs appeared to be among the highest in Asean.

“Despite the many challenges, the industry has done all that it could to respond to the needs of consumers,” said the Globe statement, quoting Maria Yolanda Crisanto, SVP and chief sustainability officer for Globe Telecom.

Globe sent the letter to Inquirer.net in response to a report last June 21 on the state of the Philippines’ internet connection amid the COVID-19 pandemic and in commemoration of National ICT Month in June.

“With the Philippines having 97 percent of mobile customers on prepaid, the country is among the lowest priced compared to ASEAN at Php 11.25 per gigabyte,” said Crisanto in the Globe statement.

She said internet costs in the Philippines were “lower than Thailand’s Php 40.18, Singapore’s Php 46.87, and Indonesia’s Php 29.17.” “Prepaid broadband price is Php 9 per gigabyte,” she added, citing data from the Digital 2021 report.

The Philippines also saw a significant improvement in its average mobile internet speed for May, according to Ookla’s Speedtest Global Index.

The current figures pushed the country’s ranking to 77th on internet speed, exactly seven notches higher than the previous month.

Globe said the infrastructure investments done in past years have paved the way for a better and faster mobile connection.

“With the infrastructure investments done by telecom players, including Globe through the years, the Philippines has seen marked improvements in internet speed, as recognized by independent analysts Ookla and OpenSignal,” said Crisanto.