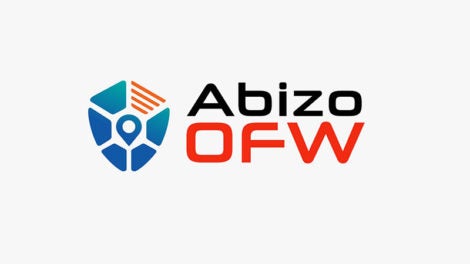 MANILA, Philippines — An overseas Filipino worker (OFW) who reported maltreatment from his employer was rescued and is now back in the Philippines after sending a distress signal via a mobile application developed to extend help to Filipinos working abroad.

The Philippine Overseas Employment Agency (POEA) identified the OFW as Almedo Lopez, who was able to come home just eight days after sending the SOS in the Abizo OFW App.

According to the POEA, Lopez was working in Namosa, Suva in the Fiji Islands as a quality supervisor for a bottling company but was allegedly harassed and verbally abused by his employer. Specifically, the POEA said Lopez was, among others, handed work suspension without due process, given 12-hour workdays, and compelled to accept a “voluntary” 20-percent pay cut.

The Abizo OFW App is a digital monitoring system that is part of the POEA’s OFW Global Monitoring Pilot Project, which was spearheaded by POEA Administrator Bernard Olalia.

The POEA explained that the application aims to track the accurate number of OFWs at any given time, as well as monitor information on their deployment location, employers, and working and living conditions.

Through the app, the agency noted, OFWs can send emergency alerts, incident reports, update their contact information, and participate in surveys to help the POEA in their monitoring.

Another feature of the app is the Pilot Red Button that generates a simulation of the communication process of a request for assistance with just one tap. This simulation helps to establish benchmark parameters and user experience research, the POEA said.

The Abizo OFW App is free to download via Google Play and App Store. 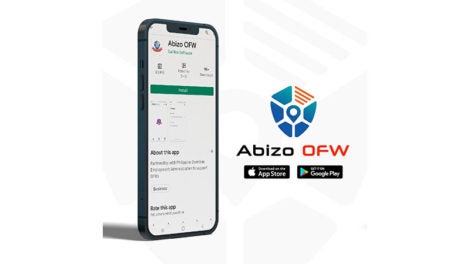 On the same day Lopez sent his call for help, Abizo OFW App’s response team acknowledged his message and immediately forwarded his case to proper channels.

A meeting led by POEA’s Welfare and Employment Office Deputy Administrator Villamor Plan was also conducted for the issuance of a “Notice to Repatriate” for Lopez, which was immediately granted.

“We’ve received several reports coming from OFWs through the Abizo OFW App and through this application we were able to communicate to our Labor Attaché who has jurisdiction over the OFW’s complaints and make sure that we take necessary actions immediately,” he said.

The POEA said Lopez’s case is covered by the Repatriation Benefit of the compulsory insurance based on Republic Act (RA) No. 10022, which amends RA No. 8042, otherwise known as the Migrant Workers and Overseas Filipinos Act of 1995, so he was immediately provided a return plane ticket on July 9.

Plan said Lopez’s case is only one of many examples of how the Abizo OFW App and the POEA’s OFW Global Monitoring Pilot Project helped Filipinos working abroad during emergencies and critical situations.