Hitman 3 Review - Is It Worth The Hype? | Inquirer Technology
Close
menu
search

Hitman 3 Review – Is It Worth The Hype?

The latest Hitman 3 review isn’t far from the original Hitman by the developer IO interactive. Still, there is a huge difference in the variety of murder scenes, murder mystery, background, and stealthy motions and movements shown in the Hitman 3.

In the Hitman 3 review, we can see that Hitman 3 is closely attributed to the two previous Hitman games in terms of the suspense, creativity, and peak imaginative scenes portrayed in the hitman series so far.

Anticipation of loads of butchery, massacre, disarray, and thrills in the six new maps raises one’s sense of excitement and expectancy to a level beyond comprehension, and all these will be analyzed in this Hitman 3 reviews appropriately.

How Many Hours Is Hitman 3? 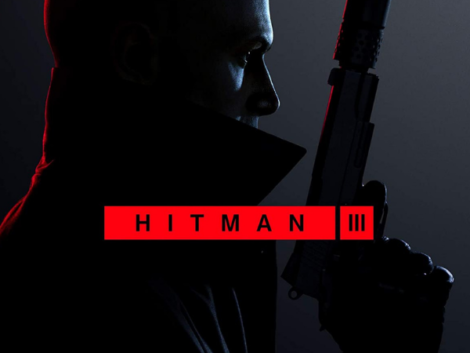 In an online hitman three review, the polls show that the game’s duration is for an average of 8 hours if one concentrates on getting through the main mission stories comparing it to the previous hitman games, which extend to an average of 10 to 12 hours.

Considering the add-ons and globetrotting adventures to sprawling sand scenes, the playtime maybe to an average of 12 to 17 hours to finish the game.

The hitman trilogy shows that there has been no difference in the interface and gameplay as the characters have always been stiff and sturdy in the previous hitman games. The range of weapons has also been consistent with very little variation from the beginning of the hitman series, which dates to 2016.

The series is now to be a proliferation, uptick, or expansion than a continuous series. The weapon of note added to the range of weapons is a camera that enables players to hack into and examine items but not much of the gameplay.

Is Hitman 3 Worth Buying?

The major distinction between Hitman 3 and the previous hitman games is fully on its maps. This hitman three reviews also point out the new level design of the game as it contains the hardest mission stories seen from the genesis of the hitman series. It is a tough choice to choose the best map in the new game.

The game begins with the character parachuting to the starting location, the Burj Khalifa, the world’s tallest building located in Dubai, and contains loads of difficult scenarios in that mission.

The next mission serves as a preparatory stage to the Contract’s Beldingford Manor map. Agent 47 is of the disguise as a detective in the UK who intends to unravel the mystery behind a murder case but whose main objective is to assassinate someone.

The next mission is in Germany, which gives a pin in a haystack scenario where five individuals are killed amid people celebrating and partying. Chongqing, China, comes next with a display of the top-notch graphic content of the game with wet ground reflections, neon glows, and rain sliding the jacket of agent 47.

The next mission is in Argentina, close to Blood Money’s excellent, only larger. The final act takes on a whole new level since the hitman series’s onset and should not contain spoilers for readers of this article.

These maps pose a huge challenge when attempting to describe the intricate content and opening up unexpected and unforeseen places while avoiding spoiling the game before the gameplay by gamers.

It is fair to note that these backgrounds and maps are the most unforgettable and awesome designs created by IO, from the scene at the Burj Khalifa building to the home decor at Thornbridge Manor.

The Hitman 3, along with its high-grade graphic quality and background, provides a variety of killing options which adds to its sophisticated outlook, thus making it the best in the hitman trilogy, not forgetting the soft kills similar to those in the previous hitman games.

Features of the Game

The main feature that makes it feel like a stealth game requires patience, planning, and hiding in plain sight. Being able to blend into the crowd gives different individual openings and creates ample opportunities for executing missions, killing your target, and making smooth escapades.

Hitman relies more on logical thinking, making favorable decisions, and making precise, clear cut and silent kills and exits without alerting individuals around but also creates opportunities for players who prefer would go all out to make noise and leave behind a good number of dead bodies.

It is possible to achieve this feat because of the scenes like the context of Sheikh Salman Al-Ghazali, which is still almost as easy as ever to go through. New tactics and ways to get around guards and individuals have been imputed in the hitman 3 as a great part of uncovering the puzzle.

The Levels of Hitman 3

I love the cloth physics in Hitman 3. They even got the tuxedo physics right. pic.twitter.com/QLifobyRbb

Civilians in this stealth game don’t fidget as a normal person would when they see a suspicious-looking man with the array of attires of someone they just talked to, leading to some very easily achievable successes in missions. Though portraying an assassin paid to kill, a blend of comedy and amusement comes into play to create a better experience for the players.

The levels in the hitman 3 have a close linkage to the limp story arc of 2016. This arc is an overused tale that involves underground crime organizations struggling for powers of the underworld and is unlikely to have a barrage of sponsors ready to adopt the story. It is thus satisfying to adopt such a dramatic conclusion after five years.

It creates an opportunity for a new line and murder mystery to come forth—hopefully, a different touch from pre-existing ones.

After all, the hitman 3 review shows that the game is worth buying. 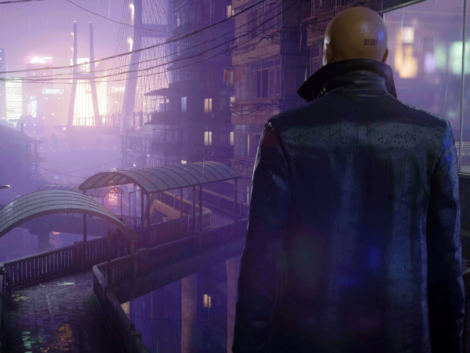 In our Hitman 3 review, it was seen that one of the major advantages of the game is the transfer of progress from the previous Hitman games (hitman and hitman 2) to hitman 3. This is one of the great pluses by IO worthy of appropriate commendation. Also, applause to preserve the excitement and thrills from the hitman trilogy.

The hitman 3 review in the Xbox series shows that this property also exists. There is a transfer of records and previous maps from the hitman to hitman 3, and this particular feature is absent in PCs due to the Steam to EPIC game store. Still, IO Interactive promises to design a system to permit the transfer of records from previous games to the present hitman 3.

This particular transfer of records has some hitches when played on the PlayStation 5 console. Many applications are of the requirement to allow access for the transfer of data which may be time-consuming.

Considering that PlayStation virtual reality is not fully supporting PlayStation 5, one may be left with the option of both the ps4 and ps5 versions into one console. However, this is to Sony, not IO, as the ps5 version is a free digital copy of the ps4 to have an equally enjoyable experience by all players.

It is not enjoyable when using a PSVR on one’s ps5. It is better with DualShock 4 than a dual sense five controller as the gun game experience is burdensome, less accurate, and somewhat troublesome. Thus, making the experience bitter for some players.

As a conclusion to the world, hitman 3 is high of the recommendation for an awesome gaming experience. The basics of gameplay have remained constant since 2016, and however, great maps give it a better touch. Also, make it a more entertaining way to end the world of the assassination trilogy.

Although one map is of design for gameplay to be popular more than once, most of its assassination options may not be by players, making it worth the adventure. Hitman 3 is the best game in relation to the appearance of the barcoded assassin.