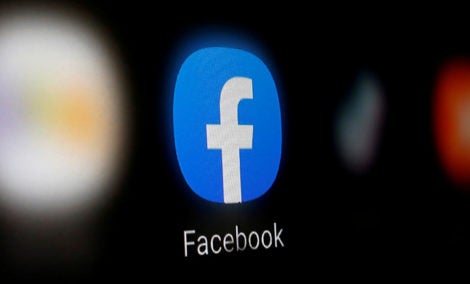 FILE PHOTO: A Facebook logo is displayed on a smartphone in this illustration taken January 6, 2020. REUTERS/Dado Ruvic/Illustration/File Photo

A U.S federal judge has ordered Facebook to release records of accounts connected to anti-Rohingya violence in Myanmar that the social media giant had shut down, the Wall Street Journal reported.

The judge in Washingon, D.C, criticized Facebook for failing to hand over information to investigators seeking to prosecute the country for international crimes against the Muslim minority Rohingya, the outlet said.

Facebook had refused to release the data, saying it would violate a U.S. law that bars electronic communication services from disclosing users’ communications.

But the judge said the posts, which were deleted, would not be covered under the law, according to the Wall Street Journal.

Gambia is seeking the records as part of a case against Myanmar it is pursuing at the International Court of Justice in The Hague, accusing Myanmar of violating the 1948 U.N. Convention on Genocide.

Myanmar authorities say they were battling an insurgency and deny carrying out systematic atrocities.

More than 730,000 Rohingya Muslims fled Myanmar’s Rakhine state in August 2017 after a military crackdown that refugees said including mass killings and rape.

Rights groups documented killings of civilians and the burning of villages.

In a post on Twitter, she said it was “one of the foremost examples of the relevance of social media to modern atrocity prevention & response.”