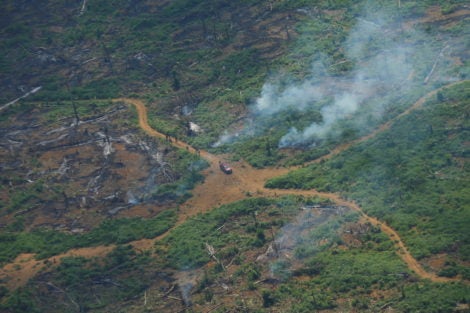 BRASILIA — Deforestation in Brazil’s Amazon rainforest rose slightly in September from a year ago, preliminary satellite data showed on Friday, as President Jair Bolsonaro struggles to deliver on a pledge to eliminate illegal forest clearing.

From January to September deforestation edged down less than 1% to about 7,011 square kilometers, an area almost nine times the size of New York City.

He pointed to preliminary data showing deforestation fell 5% between August 2020 and July 2021, highlighting an improvement first reported in August.

Bolsonaro has been severely criticized by environmental activists and some world leaders for the rise in deforestation during his presidency to a level not seen in over a decade.

His calls for more farming and mining in the Amazon have emboldened illegal loggers and invaders of protected lands.

At a White House Earth Day summit and again at the U.N. General Assembly last month, Bolsonaro promised to end illegal deforestation in Brazil by 2030.