Facebook: Journos, activists to get more protection from bullying 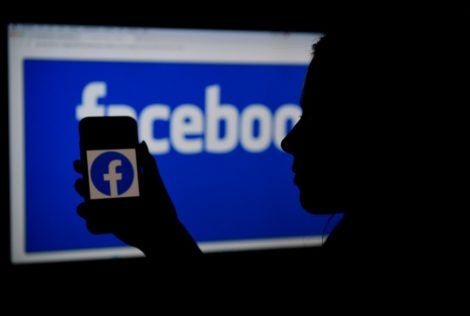 Facebook Inc. will now count activists and journalists as “involuntary” public figures and so increase protections against harassment and bullying targeted at these groups, its global safety chief said in an interview this week.

The social media company, which allows more critical commentary of public figures than of private individuals, is changing its approach on the harassment of journalists and “human rights defenders,” who it says are in the public eye due to their work rather than their public personas.

Facebook is under wide-ranging scrutiny from global lawmakers and regulators over its content moderation practices and harms linked to its platforms, with internal documents leaked by a whistleblower forming the basis for a US Senate hearing last week.

How Facebook, which has about 2.8 billion monthly active users, treats public figures and content posted by or about those figures has been an area of intense debate. In recent weeks, the company’s “cross-check” system, which the Wall Street Journal reported has the effect of exempting some high-profile users from usual Facebook rules, has been in the spotlight.

Facebook also differentiates between public figures and private individuals in the protections it affords around online discussion: for instance, users are generally allowed to call for the death of a celebrity in discussions on the platform, as long as they do not tag or directly mention the celebrity. They cannot call for the death of a private individual, or now a journalist, under Facebook’s policies.

Facebook’s global head of safety Antigone Davis said the company was also expanding the types of attacks that it would not allow on public figures on its sites, as part of an effort to reduce attacks disproportionately faced by women, people of color, and the LGBTQ community.

Facebook will no longer allow severe and unwanted sexualizing content, derogatory sexualized photoshopped images or drawings or direct negative attacks on a person’s appearance, for example, in comments on a public figure’s profile.

In announcing the new protections, Davis also wrote: “We do not allow bullying and harassment on our platform, but when it does happen, we act.”

Facebook added journalists and human rights defenders to the list of people considered public figures because of their work.

New policies included derailing coordinated efforts to use multiple accounts to harass or intimidate people considered at heightened risk of harm in the real world, such as government dissidents and victims of violent tragedies.

Davis said Facebook will also start removing state-linked and “adversarial networks” of accounts at the social network that “work together to harass or silence people” such as dissidents.

“We remove content that violates our policies and disable the accounts of people who repeatedly break our rules,” she wrote.

The company has faced a storm of criticism and a Senate panel hearing since a whistleblower leaked internal studies showing Facebook knew its sites could be harmful to young people’s mental health.

Frances Haugen, an ex-worker at the company, alleged the leading social network put profits before the safety of its users.

The documents leaked by Haugen, which underpinned a series of scathing Wall Street Journal stories, have fueled one of Facebook’s most serious crises yet.

In her testimony, Haugen noted the risks that the social media giant’s platforms are fueling political division and self-dissatisfaction that is particularly dangerous for young people.

She has not finished calling on the authorities to regulate the network frequented daily by nearly 3 billion people worldwide.

European lawmakers have invited Haugen to a hearing and she was also scheduled to meet with Facebook’s supervisory board, a semi-independent body responsible for evaluating the network’s content policies.

The leaked documents and Haugen’s testimony have prompted fierce pushback from Facebook, but CEO Mark Zuckerberg has not publicly said whether he will accept an invitation from a Senate panel to answer their questions.