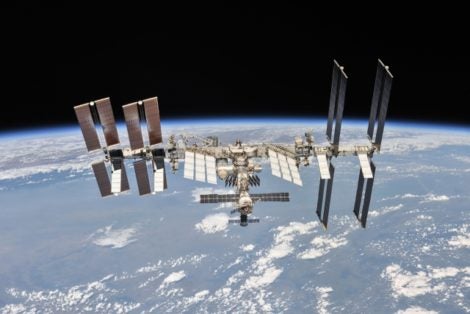 Moscow, Russia — The International Space Station or ISS was briefly destabilized Friday during tests of a Russian-made Soyuz rocket, but the crew and the orbital station were not in danger, Moscow said.

Russia’s Roscosmos space agency said the incident happened during tests of the engines of the Soyuz MS-18 spacecraft set to return a Russian actress and filmmaker aboard the ISS to Earth on Sunday.

“As a result, the International Space Station temporarily changed its position,” Roscosmos said in a statement.

“The station and the crew are not in danger.”

Russian actress Yulia Peresild and film director Klim Shipenko traveled to the ISS earlier this month to make the first movie in orbit ahead of the United States.

Peresild and Shipenko are set to go back to Earth with cosmonaut Oleg Novitsky, who has been on the space station for the past six months.

The Russian segment of the ISS has experienced a number of problems in recent months.

In July, the space station tilted out of orbit after the thrusters of the Nauka module reignited several hours after docking.