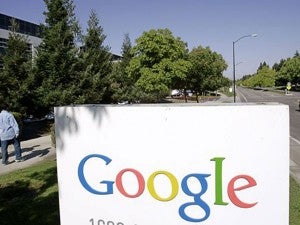 BEIJING— The Chinese military accused the U.S. on Friday of launching a global “Internet war” to bring down Arab and other governments, redirecting the spotlight away from allegations of major online attacks on Western targets originating in China.

The accusations on Saturday by Chinese military academy scholars, and their urging of tougher policing of the Internet, followed allegations this week that computer hackers in China had compromised the personal Gmail accounts of several hundred people, including government officials, military personnel and political activists.

Google traced the origin of the attacks to the city of Jinan that is home to a military vocational school whose computers were linked to a more sophisticated assault on Google’s systems 17 months ago. China has denied responsibility for the two attacks.

In Washington, State Department spokesman Mark Toner said the United States had raised its concerns with China over the latest allegations. He said the allegations were serious but made no comment on reports of China’s involvement.

Writing in the Communist Party-controlled China Youth Daily newspaper, the scholars did not mention Google’s claims, but said recent computer attacks and incidents employing the Internet to promote regime change in Arab nations appeared to have originated with the U.S. government.

“Of late, an Internet tornado has swept across the world … massively impacting and shocking the globe. Behind all this lies the shadow of America,” said the article, signed by Ye Zheng and Zhao Baoxian, identified as scholars with the Academy of Military Sciences.

“Faced with this warm up for an Internet war, every nation and military can’t be passive but is making preparations to fight the Internet war,” it said.

While nuclear war was a strategy of the industrial era, Internet war is a product of the information age, the article said. Such conflicts stand to be hugely destructive, threatening national security and the very existence of the state, it said.

China needs to “express to the world its principled stance of maintaining an ‘Internet border’ and protecting its ‘Internet sovereignty,’ unite all advanced forces to dive into the raging torrent of the age of peaceful use of the Internet, and return to the Internet world a healthy, orderly environment,” the article said.

China already heavily filters content and blocks numerous foreign websites, a system known as the “Great Firewall of China.” The police employ a large force of Internet monitors to scour the Web for content deemed illegal or subversive, and those users transmitting sensitive contact can be charged with sedition or other crimes.

A number of foreign governments say they’ve been targeted by hacking attacks from China, although Beijing routinely denies undertaking such operations, and says it, too, is a victim of such activity.

Secretary of State Hillary Rodham Clinton told reporters attacks such as the one alleged by Google were a primary reason why the State Department had for the first time created a cyber-security coordinator.