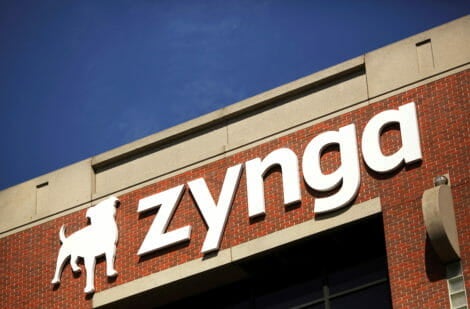 Take-Two Interactive is buying “Farmville” creator Zynga in an $11.04 billion deal, the “Grand Theft Auto” maker said on Monday, as it looks to tap into a surge in on-the-go gaming on smartphones.

Take-Two, also known for “Red Dead Redemption,” offered $9.86 per share, representing a 64% premium to the last closing price of Zynga. Zynga’s shares rose about 50% in trading before the bell, while those of Take-Two fell nearly 9%.

Many consumers, who were glued to their consoles during the peak of the pandemic, have now shifted to mobile gaming as they prefer to play on the go.

“This strategic combination brings together our best-in-class console and PC franchises, with a market-leading, diversified mobile publishing platform that has a rich history of innovation and creativity,” Take-Two Chief Executive Officer Strauss Zelnick said in a statement.

The equity value of the deal is $11.04 billion, according to Reuters calculations. Including debt, the deal is worth $12.7 billion.

Take-Two has received financing of $2.7 billion from J.P. Morgan and intends to fund the rest with cash from its balance sheet and proceeds of new debt issuance.

Take-Two expects about $100 million in annual cost savings within the first two years after completion and more than $500 million in adjusted revenue over time.