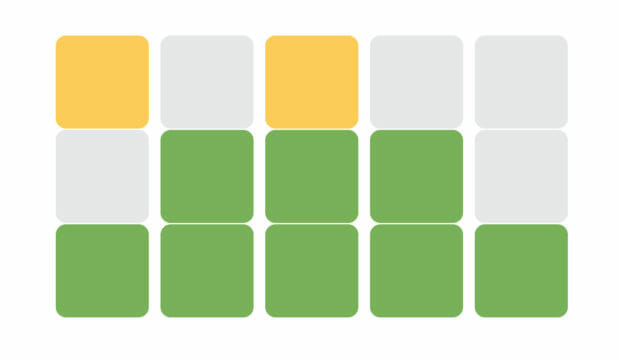 NEW YORK — The New York Times announced Monday it had bought Wordle, a phenomenon played by millions just four months after the game burst onto the Internet, for an “undisclosed price in the low seven figures.”

Created by engineer Josh Wardle, the game consists of guessing one five-letter word per day in just six tries.

According to The New York Times, the game — which was launched in October — had only 90 players in early November.

By early January, there were more than 300,000 — and now millions play it daily, fueled in part by the ease of sharing spoiler-free results on social media.

“The game has done what so few games have done — it has captured our collective imagination and brought us all a little closer together,” said Jonathan Knight, general manager of New York Times Games, in a statement.

“I’ve long admired The Times’s approach to the quality of their games and the respect with which they treat their players,” Wardle said in the statement.

“Their values are aligned with mine on these matters and I’m thrilled that they will be stewards of the game moving forward.”

Wardle, a British resident of New York, initially decided not to monetize the game with advertising or a subscription, before selling it to The New York Times.

The newspaper said that the game would continue to be free and that no changes would be made.

The acquisition comes as The New York Times continues to diversify output, offering a special subscription to the crossword and other games that passed the one-million subscriber mark in December.

Other products not tied to news include NYT Cooking and the audio platform Audm. Such products made up 11 percent of turnover in the first nine months of 2021.

RELATED STORIES
What the heck is Wordle and why is everyone playing it?
Twitter suspends spoiler account for ‘Wordle’ answer reveal
Online word game Wordle is taking the internet by storm