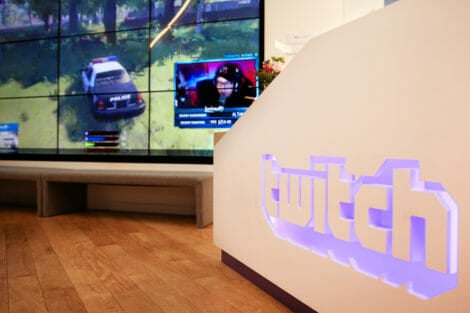 A wall of video monitors with real-time video gameplay is seen at the offices of Twitch Interactive Inc, a social video platform and gaming community owned by Amazon, in San Francisco, California, U.S., March 6, 2017. REUTERS/Elijah Nouvelage

Amazon’s Twitch will ban users who persistently spread harmful misinformation on and off the live video streaming site, in a move that blocks Russian state media from the platform, it said on Thursday.

Twitch, which is popular with video gamers, said the rule would prohibit users whose online presence is dedicated to pushing widely debunked misinformation with clear risks of real-world harm, such as conspiracies that promote violence.

A Twitch spokesperson said the new rule would block Russian state media from establishing a presence on the site because the outlets had been persistently spreading misinformation away from its service.

The spokesperson said Russian-owned media outlets were not prominent on the platform but that it was removing one channel with minimal activity that it believed had ties to Russian state-controlled news network RT.

RT said earlier on Thursday that it would join video site Rumble, which is popular with U.S. conservatives, in a move that follows restrictions on the outlet by major online platforms including Facebook and Twitter.

The EU has announced sanctions banning RT and Sputnik, amid Russia’s invasion of Ukraine. Moscow says its actions in Ukraine are a “special operation.”

Twitch said its new rule against “harmful misinformation actors” would impact fewer than 100 channels at launch. In April, the streaming service announced it would ban users for behavior that happened away from its site.

‘Pick a side’: Ukraine invasion dilemma for US Big Tech
TikTok war: How Russia’s invasion of Ukraine played to social media’s youngest audience