Best GameCube Games of All Time

It’s almost easy to forget about the machines that helped make Nintendo what it is today as we look forward to the NX, Nintendo’s brand new system. One of them is the Nintendo GameCube, a bright little box that introduces you to a slew of iconic games that have now become Nintendo staples. The best GameCube games consist of the best of Nintendo’s work, in addition to a slew of fantastic third-party titles.

The Start of GameCube Games 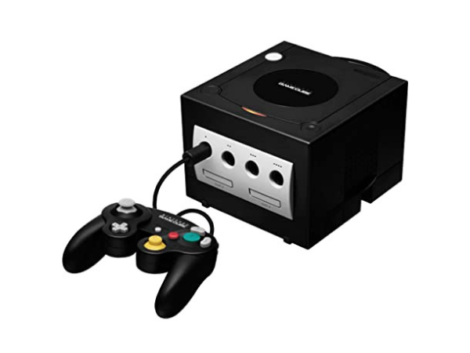 Nintendo’s fifth home video game console, the GameCube, was introduced during the sixth generation of video games. It was released on September 14, 2001, in Japan, after Nintendo 64. The GameCube was discontinued in 2007, but that hasn’t stopped enthusiasts from feverishly hunting for the best GameCube games, whether to satisfy their nostalgia or build a library of games to play on emulators.

The GameCube was a capable little box of tricks that housed a great classic games library. Although the GameCube didn’t have the most games, it never lacked in quality, featuring some of the best entries in the Zelda game, Metroid, Super Mario, and Resident Evil franchises and a variety of incredible, unique content.

We are going to present the thirteen best GameCube games of all time.

Metroid Prime is one of the most transcendent in video game history of all time, and it’s an easy choice for the best game Gamecube ever made. Expectations were low when news of a first-person 3D Metroid game initially surfaced. Super Metroid, the series’ preceding installment, is widely popular as the best 16-bit game ever made. Why would Nintendo dare to deviate from the path of least resistance?

After only a few minutes of gameplay, it’s evident that Nintendo didn’t meddle with perfection but rather allowed it to branch off in a new direction, the fruits of which would become the Prime trilogy.

It follows the Metroid paradigm for the most part, but never before had it been so personal and immersive. The game’s novel first-person perspective heightened the sense of mystery and isolation. Kenji Yamamoto’s low score added the finishing touch, giving Prime a vibe unlike any other game before or after.

The switch to 3D may seem insignificant now, but it was a significant choice that could have easily gone wrong. Not only is Prime the ideal game for Metroid’s 3D premiere, but its unquestionable greatness would have shone through even if it hadn’t been based on the Metroid universe’s existing mythology. It is undoubtedly the best GameCube game ever and the best game among others, ever made for any system.

Resident Evil Remake is so amazing that Capcom has re-released it on seven different platforms, and it’s likely prompted Capcom to reexamine Resident Evil, its previous two games, such as the incredible Resident Evil 2 and the impending Resident Evil 3 Remake.

The advancements over RE’s original release are impressive while retaining the original’s entertaining puzzles, intriguing settings, and ever-present sense of dread that the early Resident Evil titles truly mastered.

While titles like Devil May Cry, Ninja Gaiden, and God of War dominated the 3D action genre on other systems, the GameCube was the peak of the 2D action genre. Viewtiful Joe’s ingenious use of movie-inspired powers gave it a one-of-a-kind vibe, as you’d switch between slow-mo to slow down and reflect bullets, fast-mo to punch so quickly that you’d ignite combustible things, and a zoom-in effect to boost the damage you’d deliver for each punch.

The interaction of these three unique VFX abilities, together with Joe’s numerous purchasable and upgradeable talents, resulted in a memorable experience that is still unparalleled today.

From the start, Pikmin is one of the amazing games with unquantifiable Nintendo charm. Captain Olimar’s timed mission to escape a world populated by the adorable Pikmin, as well as a slew of deadly, ravenous monsters, is a brilliant blend of the art design, unusual RTS gaming mechanics, and endearing characters in the form of sweet, strong swarms of Pikmin. The original entry’s 30-day time limit is what makes it so enjoyable to conquer.

Trying to master Pikmin’s objectives as quickly as possible and can be played repeatedly, but even if you only play Olimar’s adventure once, it’s a magnificent blend of exploration, strategy, and enormous Duracell batteries.

Characters have more weight, a slew of high-level techniques dramatically change the game’s dynamics, and some characters’ melee counterparts are simply more enjoyable to play. Whatever one thinks of Melee compared to other Smash Bros. titles, it certainly was one of the essential games ever launched on the console.

In 2003, a two-year-old port of a Japanese-only arcade game was undoubtedly an odd GameCube release. This game can also be on a Nintendo Switch. The polarity mechanism of this game turned it into an elegant, elevated shoot them up that needed some thought and the typical quick reflexes. While other arcade shooters forced you to avoid bullets, Ikaruga encouraged you as the first-person shooter, to embrace them (at least half of them), and felt revelatory as a result. While it lacks a story mode, our boiling hunger for Ikaruga’s very clever game has not waned in nearly two decades.

A remake of the Game Boy Advance (GBA) game, WarioWare, Inc.: Mega Party Games! is a great starting point for those who have never played a WarioWare game before.

Wario is one of the best GameCube games, and its newly defined position as a cheeseball game-making nemesis has invented over 200 “microgames.” You’ve got just a few seconds to learn and master a single one.

They are at you in no particular order. The range is from great NES Zelda games and any inspiring Mario game to stupid anime jokes — however, the game had a lot of funny nose-picking.

It’s the best multiplayer game in the WarioWare series to date. You are coming in second with WarioWare: Smooth Moves on the Wii.

This GameCube model also added an essential part–fun multiplayer mode to the hilariously unhinged notion of microgames, which mashes together little tasks with a time constraint to create a frantic, funny experience. It’s as if R&D1 were let loose and allowed to pour their exploding creativity into a game without the normal Nintendo ‘polish’ that everyone expects, giving this fun game and the GameCube series as a whole has a wonderful and distinct sense of freshness.

Beyond Good & Evil is a fighting game with a lot in store. It has many finger-twitching action and jaw-dropping sights while also telling a nuanced, even deep plot.

Beyond Good & Evil, which combined sci-fi with an anti-corporate political tone, also had surprisingly complex stakes, making it one of those rare gems. It’s also really engaging and compels you to spend time playing non-stop. It was graphically appealing, and the action was always enjoyable, whether you fight, hover, solve puzzles, or photograph nature.

Since then, the latter mechanic has appeared in a slew of games. However, it has yet to be surpassed in terms of how thrilling it was to “get the shot.”

Mario Kart: Double Dash is one racing game with a unique capability to contain two racers man a single kart. This game has strengthened itself as the king of excitement, giving a total remade manner for players to go racing with and against each other.

The driver was to put the pedal to the medal and toss back just acquired items – or get appropriate times to switch positions and benefit from each character’s unique item – by allowing one person in the backseat to focus chiefly on the use of items to attack and defend.

Apart from these unique original two mechanics, the superb game has a huge chunk of nice tracks that can be memorized instantly for continuous racing over and over again.

Star Wars Rogue Leader II was GameCube’s graphics showcase at launch. It’s still one of the best-looking games on the system today. It takes everything we liked about the original N64 game and amps it in terms of realism and emotion. Replaying the first Death Star level is about as close as you can get to being in a Star Wars film.

Thanks to F.L.U.D.D., a much-needed trip away from the Mushroom Kingdom resulted in a delightful, tropical setting complete with fresh new mechanics and innovative takes on old adversaries (hey, goopy Piranha plants).

F.L.U.D.D. is a backpack Mario wears that is part water gun, jetpack, and fully game-changing. Super Mario Sunshine is sensible and equilibrium between the ancient and the future, thanks to F.L.U.D.D. ‘s new inventive fighting and platforming choices. And once you’ve become acclimated to F.L.U.D.D, the few levels without it feel extremely difficult, which is nice if you’re a platforming purist.

Sunshine is a thrilling game from start to finish, from Blooper surfing to visiting theme parks.

The GameCube version of Skies of Arcadia Legends significantly improves over the Dreamcast version. It is replacing some of the more gritty components with new features and things to uncover. The sensation of exploration and discovery you get when flying across the world in your airship is what makes Skies of Arcadia stand out.

Skies may not have been one of the most popular role-playing games of all time, but it left a lasting impression on those who were fortunate enough to play it.

Suda51’s tiny, on-rails, and crazy Killer7 was an aberration in an era when expansive 3D platformers stocked with trinkets, and enormous open-world action games were reaching their stride.

A game in which seven serial killers (each of whom was a distinct personality within one man’s head) finding a sleek, eerie setting in pursuit of assassination targets appeared wildly out of place on the peppy and sugary GameCube library.

Despite being brutal, vicious, and full of filthy obscenities that Mario, Zelda, or a group of Pikmin would never say, Killer7 is so unique and special that it was instantly popular by tons of Nintendo fans at the time, many of whom are still screaming for a current version or remake of the game. Nintendo lovers can’t wait to play Killer7 on the Nintendo Switch.

The GameCube was an important chapter in Nintendo history. This is because it was the first Nintendo game console to predominantly use discs for storage, and it launched several iconic franchises.

Even though the console was discontinued years ago, some GameCube titles, such as Metroid Prime, have received good ratings from critics on Metacritic.

However, the Nintendo system did feature several excellent games that people continue to enjoy to this day.

The GameCube didn’t sell as well as Nintendo due to its lack of technological capabilities. Especially when it’s up against the PS2 and Xbox, and it was discontinued in 2007.