Lost Ark is a great video game that’s perfect for passing the time. To get to the juicy gist of Lost Ark, read this interesting article written especially for you.

What is the Lost Ark? 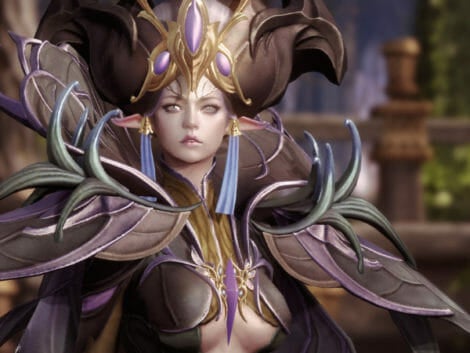 Do you have a favorite video game that is a fantastic free-to-play MMORPG with exciting combat, beautiful graphics, and an endgame that seems to go on forever? The video game in question is The Lost Ark.

Like Diablo and Path of Exile, Lost Ark is a Korean MMO action RPG. It has a beautiful world and engaging gameplay, and it combines the best elements of ARPG combat and MMO depth to create a vast, vibrant world full of exciting fights.
However, it is hampered by clumsy animations, mediocre voice acting, and a predictable plot.

The gameplay in Lost Ark is fairly straightforward. When you want to move your character, use the left mouse button, and when you want to attack, use the right mouse button. You can also make plans for different hotkeys by giving specific abilities and consumables and using class-specific ultimate and movements. It is a direct, comprehensive gameplay loop that is extremely addictive and satisfying.

Although, Lost Ark is simple, easy does not define Lost Ark. It can pose a very serious challenge if you get too relaxed. Enemies will outnumber you, and if you are calculative, you may have to flee to escape them, depending on your class. However, this is not the case for every class. The Berserker, for example, thrives when surrounded and enjoys the moment, while others, like Gunslinger, need a little distance to take out enemies.

Pros And Cons Of Lost Ark

Pay close attention to your marked ☀️Sun or 🌙Moon symbol! It's going to make that difference between life or death. pic.twitter.com/YAsDU9QfJW

Can I play Lost Ark now?

Lost Ark is now available on Steam. You can pre-load the game on that platform now (the download size is around 70 GB). Starter Packs are available for purchase on Amazon.com (through a Steam key) or straight from Steam. If you encounter a problem with accessing the Starter pack benefits, ensure to visit the Lost Ark support page and lay your complaints.

However, for the time being, the game is only available on PC, and it is mostly available in North America, Latin America, the Oceania region, and Europe.

The March Update is NOW LIVE! Arkesia is waiting for you! pic.twitter.com/cR8CE4W3lL

Lost Ark is meant to be a free-to-play game. Many game players have started to jump in and try it out to investigate if it is worth their time and possibly money.

It does not cost you money to play, but it kind of does. Just not in the way you might expect from MMOs. Unlike World of Warcraft, you do not need a subscription to log in and play. You do not even need it to get started with new content.

It is, however, very uncommon to get a free-to-play game without having annoying and compulsory little transactions, so ready yourself and your pocket before you venture in.

But if you are bothered about how far ‘free’ gets you in the game, it appears that you do not need money to win. However, money is used rather speed up the grind or reset timers. All you need to move to another level is completely available to free players, although it is slower.

You can have lots of hours of fun with Lost Ark without spending a dime. 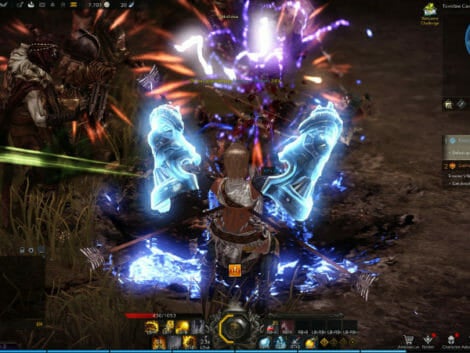 Lost Ark is much more enjoyable to play. It has very good optimization, no alien lag attacks, disruptive or instant crashes, or any other PoE poor quality, and customizable options (including options to reduce visual effects, significantly reduce graphic settings, remove other player effects).

The game is unique and cannot be compared in terms of gameplay. Lost Ark is a more difficult game. You must always be quick, and on your toes in Lost Ark. And more of your attention, effort and focus are needed than in Part Of Exile. In Part Of Exile, you can easily locate places on the map with your eyes closed or a simple face roll.

If you are very excited, you can easily destroy most (if not all) of the monsters in brain AFK mode just by pressing down a single button, pressing flasks on a timer, and sometimes when you use mobility skills. To top it up, unlike leech or regen, Lost Ark does not support instant life recovery, and this allows for a more enjoyable time, fighting intriguing battles.

Regarding monetization of Lost Ark, you only pay optionally for faster progress, to level up characters, or to subscribe for items. However, Lost Ark charges exorbitant fees, which is not realistic for 99% of players paying. It is, however, not the same for successful gamers willing to play to enjoy their game.

You get to play the full game 100% free, only that it takes more time than when money is involved. Part Of Exile is quite different; you can not pay directly for progression. As a rookie player, though, you will eventually have to cash out for stash tabs or forget how to play endgame effectively.

In Lost Ark, there isn’t a monetary blockage like that. And If you are worried that you would not get much out of Lost Ark without paying, that fact is not true. However, if you feel like no one should progress faster by paying, you have a case.

How Find My iPhone Really Works

What to Know About Cash App

The Lost Ark is a traditional Korean MMORPG with an isometric view, and Smilegate’s target was the demographics. Lost Ark has some supremely satisfying combat with Diablo-Esque sensibilities, but it’s also a bit of a grind to see what the game has to offer.

Don’t expect it to feel like a typical open-ended MMO, as this one is heavily focused on the endgame. In the beginning, it may be enjoyable for a lot of game players. However, it may quickly turn into a routine task and might make a lot of players less inclined to return.