6 Easy to Use Cell Phones for Seniors | Inquirer Technology

Easy to Use Cell Phones for Seniors

Today, it is hard to do without access to the connections that drive the world. Due to potential isolation, seniors also find it hard to live their daily lives without those connections.

Granted, boomers aren’t precisely the core market audience for phone companies, but the elderly need phones too. Seniors need to be able to reach out to their children and grandchildren easily, and for this reason, they need phones.

But what sort of phones would be best for seniors?

Our list will feature unlocked phones, so users can enjoy unlimited talk time and data connection from the Verizon network or even explore Consumer Cellular, AT&T, or T-Mobile offers.

The Best Type of Phone for Seniors

When manufacturers set out to make phones for seniors, the focus on faculties and preferences is highly maintained.

Whether it’s software that aids eyesight during phone use or louder speakers for seniors with hearing issues, some phones are set to improve the lifestyles of seniors.

While some great phones for seniors are smartphones, others are more traditional voice phones. So, let’s look at the differences between these phones.

Sometimes, what a senior wants is not a state-of-the-art high-end device. Instead, they need a simplistic phone that does what a phone is created to do: make calls and receive phone calls.

However, voice phones are becoming obsolete with the general rise of technology. With major carriers like T Mobile deciding to shut down 3G in 2022, millions of Americans have already been affected, and seniors may be affected even more adversely.

With 3G getting out of the way for 4G LTE and 5G, seniors that use older phones may realize that their phones have stopped working. After all, AT&T officially shut down 3G on February 22 this year. This means that seniors would have to use voice phones that are 4G LTE and 5G enabled.

While these are in the market, they’re more expensive than voice phones usually are, and by a noticeable amount too. There are still a few flip phones that could offer reasonable quality and are affordable enough.

Read More: The Best Ipads for Everyday Use

Picked from a wide range of voice phones, these are the best for their price range. If you’re on the lookout for a voice phone and a voice plan to go along, most plans are affordable (around $10) with limited voice-only. 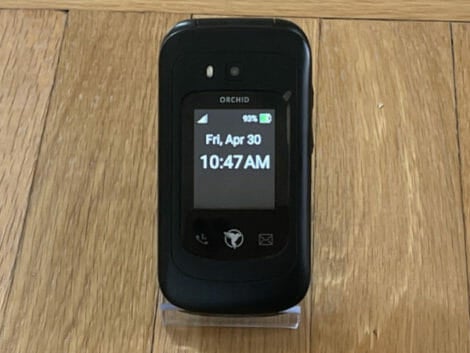 This flip phone may have its cons, but it is arguably one of the best voice phones on the market. It’s constructed well, and with its loud earpiece and speakers, the Sunbeam F1 certainly does its job for seniors that need hearing aids.

The device is also great for seniors with motor issues who prefer physical buttons rather than a touchscreen. However, the F1 also comes with touchscreen capabilities for those who don’t mind.

It even has an option, the Dandelion, a pure voice phone: no texts, no camera, no touchscreen. Starting at $195, it might be pricey, but one of the best basic flip phones at that price. 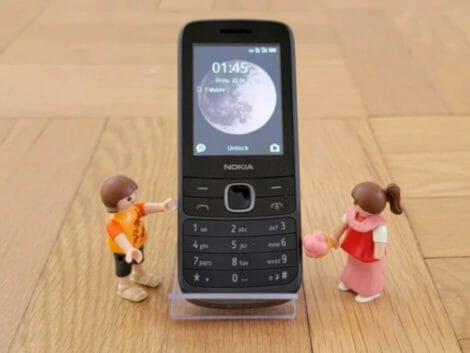 For such a simple phone, the Nokia 225 hits the nail on the head. As a plus to its 4G capabilities its simplistic, small, and lightweight design, it’s hard to imagine how this phone won’t work perfectly for a senior needing a voice phone.

Rather than flip, the 225 is a cell phone, and it is highly reliable for its’ fairly affordable price of $43.92 on Amazon.
Unlike the Sunbeam F1, the Nokia 255 doesn’t have a touchscreen; this makes it perfect for those in need of physical buttons.

The screen is smaller than the F1, but the phone has simple menus; you won’t need a bigger screen. It is one of the best cell phones for seniors. 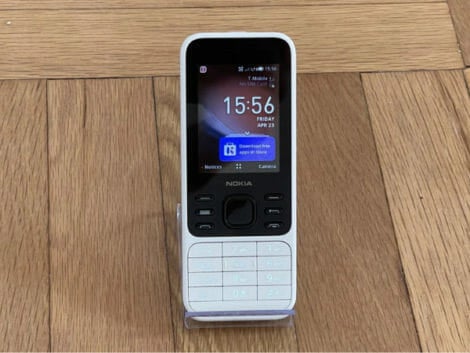 With space for dual SIMs and support for 4G and WiFi, this voice-only phone has a touch of smart to it. While you certainly won’t do more than simple internet navigation, the 6300 still offers simplicity. Without a touchscreen but traditional keypads, the 6300 is one of the best phones for seniors who prefer cell phones without touch. Just $70 on Amazon, this phone is reasonably affordable. 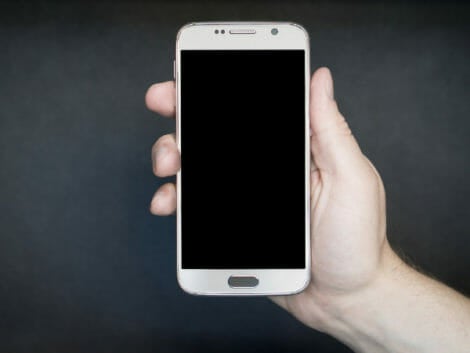 Most smartphones in the market will certainly have no issues to sort out when it concerns shutting down 3G in the US. Smartphones have generally been 4G LTE compatible for a few years, and very few – if any – are made with 3G as the primary compatibility option.

Unlike voice phones, where the key features are clarity and sound, smartphones offer a host of other features that can be highly beneficial to a senior.

Being on the simplistic side of things can be great, but if you’re a senior looking to partake in today’s hi-tech society, there are a host of options for you.

Wanting to tune into your granddaughter’s graduation or even a conference video calling with your children can be inspiring enough for some seniors to dive into new tech.

Smartphones can also download apps with hearing aid compatibility to improve sound for seniors. Seniors need to go for smartphones with big batteries that don’t need a consistent charge.

They would also need larger screens with lower resolution, making the icons bigger and easier to touch. This makes the phone one of the easiest cell phones to use.

As a quick note, remember to purchase a phone with a similar operating system to the people you will often be talking with. They will be more capable of helping you through the inevitable tech problem that you might not be able to solve on your own.

The Best Smartphones for Seniors

Picked from a very broad number of smartphones, these are more likely to enhance your experience as a senior. Durability, long-lasting battery capacity, price, and an easy-to-use touchscreen remain key points. Smartphones also have apps that can improve safety features, like Find My Phone and GPS tracking, available to their users. 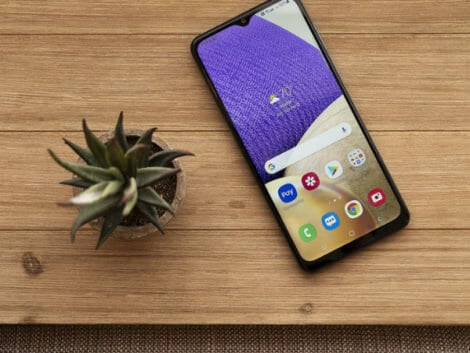 Designed like a state-of-the-art smartphone, the Galaxy A32 looks beautiful and has a 6.5-inch display to boot. However, the downside might be that the slippery finish makes it easier for seniors to drop accidentally. Of course, a simple attachment like a phone case should provide a sturdier hold for seniors. With accessible data plans, access to the internet is swift.

The smart device also has a Gorilla Glass display, which means those accidental drops won’t cause too much damage to the screen. The earphones offer a high maximum, which increases call quality, even on busy streets: a great option for seniors. Starting at $315 on Amazon, it is certainly an affordable smartphone option, compared to more expensive types. 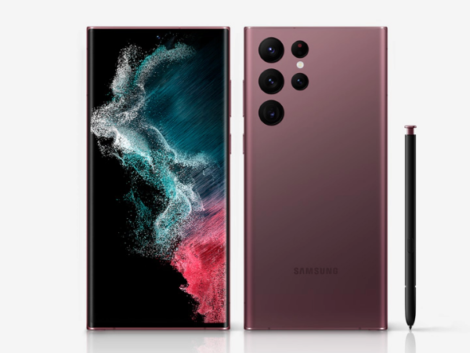 The Samsung Galaxy S22 Ultra has a large bright screen and a stylus to make writing easier. At 6.8 inches of screen size, seniors might have a harder time holding onto this phone. At its high cost of $1,199 on Amazon, it’s clearly on the expensive side, but the phone’s features match the price.

The S22 Ultra has a massive battery, making it highly efficient for seniors who forget to plug in their phones. Its large internal memory means that seniors who enjoy consistent internet use and video calls will have no issues with a slow phone or little space to save videos and pictures on their android phones.

The high-density 3088-by-1440 pixel resolution can be reduced further to save battery life, making it suitable for most seniors who may not need sharp imagery on their screens. 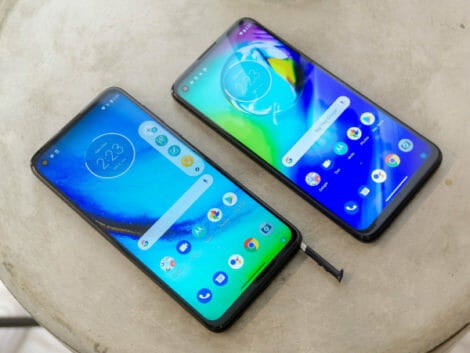 This smartphone is probably the very best in its price range. Smooth performance and massive battery life, all at that price, is a catch. However, the audio is noticeably underwhelming, which means it may not be the best for seniors who are hard of hearing.

The bright screen is also set up to handle rain and water splashes that are somewhat inevitable with seniors. Motorola has claimed that the Moto G can last for three days. Even when you stream HD over WiFi on full brightness, it will take approximately 16 hours to run the battery life down. 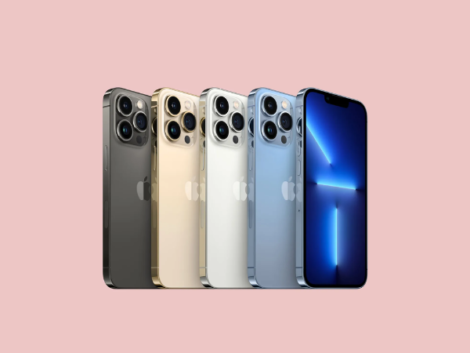 Whether for seniors who have always enjoyed Apple products or heavy internet users, the iPhone 13 Pro Max sets the standard. With two-day battery life, as well as excellent cameras, and one of the best screens, this smartphone is a famous beauty.

However, seniors that find it difficult to handle large devices will have issues with this 6.7-inch screen. Everything else, including the voice and speakers, is top-notch, as is expected with Apple.

The major con, just like in the case of the Samsung Galaxy S22 Ultra, is the high cost. Purchasing the 13 Pro Max will set you back by at least $1,100 on Amazon.

While the Pro Max might not fit snugly into your jeans, they would sit better in a coat pocket or even in a handbag. This might not be very conducive for some seniors, who can get the smaller iPhone 13 instead, rather than the 13 Pro Max. 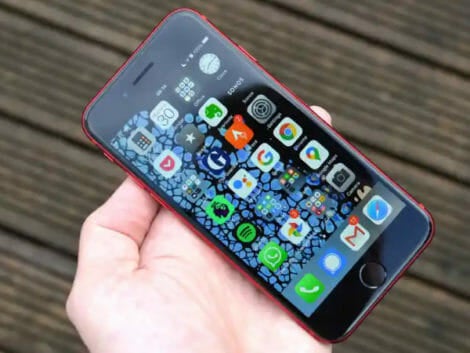 The iPhone SE is affordable, and it has a smaller than usual 4.7-inch screen, which will be a snug fit for most seniors. Apple cut down its price by using a smaller screen size, but the experience of using the phone is quite great.

The petite frame makes it perfect for seniors who need to use their phones with just one hand. While it is fairly grippy, the SE comes with a glass back, which means it’s best kept inside a casing for protection.

While the $400 base fee affords you just 64GB of space, that should be fairly enough for most seniors who don’t save many videos. 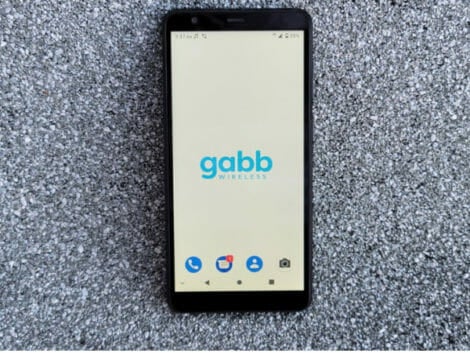 Breaking outside the norm of smartphones, the Gabb Z2 is a touchscreen phone without access to the internet; this means that you can neither enjoy social media nor stream videos or music.

It is essentially a voice phone with smartphone looks, an ideal device for basic connectivity. The only downside to this is the inability to add apps and play games.

The device comes with the basics: Calendar, calculator, file manager, camera, clock, and FM radio.
The GabZ2 is a brilliant alternative for seniors who do not want a flip or cell, but instead a more modern smartphone, an android phone that simply does the basic voice-calling work.

With 16 hours of talk time and two weeks of standby time, it is perfect for older seniors with little to no need for the internet. Such a phone would pair well with unlimited talk tariffs from a service provider like T Mobile.

How to Turn Off The Iphone 12?

What is the Best Cell Phone for Seniors; Final Thoughts

Getting a phone for a senior often means looking for phones with voice clarity and loudness. Most of the phones in this article have both features and handle loudness with little distortion.

Most older folks cannot handle larger devices and will prefer to make do with mobile phones with senior-friendly features.

A traditional flip phone that simply makes cellular calls and has some internet access will often do the trick, as these are some of the easiest cell phones to use.

However, this would require that the phone has video chat capabilities and advanced features rather than the traditional phone.