Ookla declared Smart as the winner of the Best Mobile Video Experience award with a Video Score™ of 65.75 based on its analysis of Speedtest Intelligence® data covering Q3-Q4 2021 from 54,894 user-initiated tests. Its closest competitor registered a Video Score of 60.

Measured on a scale of 0 to 100, Ookla’s Video Score considers the real-world experience of users while streaming videos, such as watching on a website or a streaming app.

Smart’s latest recognition for Best Mobile Video Experience reinforces the provider’s feat of sweeping the Ookla Speedtest Awards™ in both the first and second half of 2021 as the Philippines’ fastest 5G mobile network amid its continuous 5G rollout and network improvement efforts across the country.

Market research firm Statista estimates that as of Q3 2021, over 98 percent of internet users in the Philippines watched any kind of online video content each week.

“As Filipino online users have become accustomed to streaming online videos, our fastest mobile network enables us to deliver the best Video Experience to our subscribers across all mobile technologies – whether it’s on 3G, 4G, or 5G,” said Jane J. Basas, SVP and Head of Consumer Wireless Business at Smart.

“The latest Ookla data reflects our unrelenting efforts to improve customer experience and stay ahead of their needs and demands so they may pursue their passions,” she added.

As part of its push to provide the best Video Experience to Filipinos, Smart introduced the Smart GigaPlay app, which offers free access to specially curated live and on-demand sports and entertainment content exclusive to subscribers. 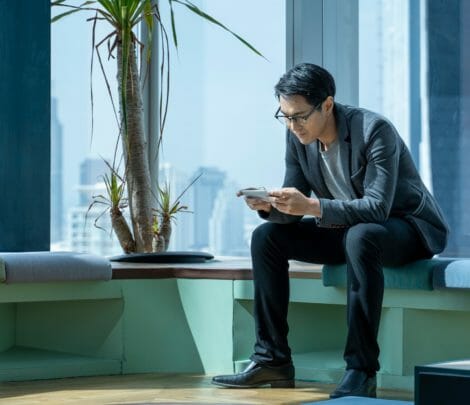 Also included in GigaPlay’s expanding catalogue are international and K-Pop music award shows and concerts, Korean drama series, and Hallyu Hangouts sessions, among other awesome content attuned to the passions of Filipinos.

Through its extensive network infrastructure nationwide, Smart is able to support the growing mobile needs of its 3G, 4G/LTE, and 5G subscribers from Batanes to Tawi-Tawi.

As of end-2021, Smart has deployed around 7,200 5G base stations across the country. Supporting Smart’s mobile network is PLDT’s extensive fiber infrastructure, which is at 743,700 kilometers as of end-December.

Disclaimer: Based on analysis by Ookla® of Speedtest Intelligence® data Q3–Q4 2021. Ookla trademarks used under license and reprinted with permission.

This communication is intended solely for the use of the addressee and authorized recipients. It may contain confidential or legally privileged information and is subject to the conditions in http://www.smart.com.ph/corporate/disclaimer.