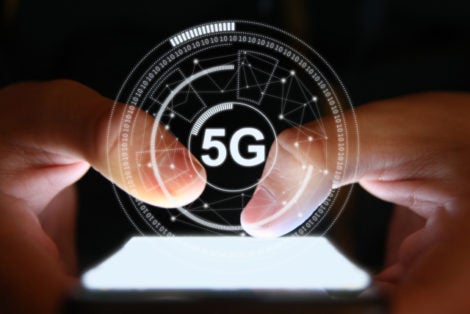 A report by Ookla on Monday noted that most Philippine operators launched 5G mobile networks in 2020 shortly after operators in Thailand did.

It also said that one of the major Philippine telecommunications service providers launched 5G technology in June 2019 for fixed wireless units and launched the same for mobile subscribers in February 2020 in Metro Manila.

“Both operators used spectrum in the 3,500 megahertz band, which is considered as the sweet spot in terms of 5G network capacity and coverage,” Ookla said in the report.

“Part of this is related to the easing of right-of-way (ROW) rules,” Ookla said.

New ROW rules enforced by the government in 2021 lifted the ban on the construction of critical infrastructure, particularly cell sites, along national roads.

Ookla cited a reason for the improvement is the active involvement of the National Telecommunications Commission (NTC) in allowing more telcos to enter the playing field.

“A third player was introduced to the market to add competition, improve network performance and reduce prices in the market,” it said in its report.

Ookla added that the Philippines was not the only country to benefit from ROW reforms. India made the same move in October 2021, or eight months after the Philippines did.

In the Philippines, one telco reached 25.5 percent 5G coverage in the first quarter of 2022 while the other reached 15.3 percent coverage.

Ookla said it attributed this to the “spectrum deployment strategies” of each company.

Ookla noted that plans of both telcos to further invest in 5G bodes well for the spread of the technology, which delivers a faster connection to the internet.

According to the network speed analyst, one telco is investing up to P85 billion in the 5G rollout nationwide that started in December last year.

The other telco added 390 sites in just the first three months of 2022, extending the 5G network reach to 95 percent of the National Capital Region and 85 percent of key cities in Visayas and Mindanao.

Meanwhile, the third  Philippine telco has partnered with hardware supplier Nokia to deploy 5G services in Mindanao in May 2021. In March, this telco rolled out 5G home wi-fi services with 145 Metro Manila villages as pilot areas.

Villages in the cities of Manila, Caloocan, and Quezon would be the first to benefit from 500 Mbps of download speeds. Tests involving 5G in Caloocan showed download speeds of 512.66 Mbps in the first quarter of this year.