The global rise of Polar and other virtual influencers | Inquirer Technology

The global rise of Polar and other virtual influencers

As the world continues its digital transformation, you will see trends that may seem out-of-this-world. Case in point, a metaverse singer named Polar gained thousands of followers after releasing her music video.

After reading that statement, you probably have numerous questions, such as “What is a Metaverse?” and “Why does it have an influencer?” We must delve deeper into virtual worlds, augmented reality, and other virtual experiences to find answers.

First, let us discuss Polar and how this “metaverse popstar” had many people worldwide watching her. Then,  we will go through similar experiences made possible by virtual reality. More importantly, we will discuss why more parts of the world make their own.

Meet Polar, a metaverse-born singer, dancer and influencer. With 1.6 million followers on TikTok and more than over 500,000 subscribers on her YouTube channel, she has ambitions to perform in the real world https://t.co/QNBaKAoiyA pic.twitter.com/kbkg88hByR

Let us quickly overview a few terms before we discuss Polar. The Metaverse involves technologies that merge real life and the virtual world.

You can access it using a VR headset, and it will let you perform actions once possible only in real life. For example, you can shop or watch live concerts in a simulated reality.

TheSoul Publishing wanted to branch out into this technology, so it made Polar. She is an electronic avatar that looks like a teenage doll.

You might be surprised to hear it is the same company behind YouTube sensation 5-Minute Crafts. It features videos showing how to turn everyday household items into makeshift tools.

The media brand took inspiration from the Swedish pop band ABBA when creating Polar’s design. She has been posting content on YouTube and TikTok since 2021.

However, her career took off when she performed her debut song, “Close To You,” in the video game “Avakin Life.” According to the publishing company’s homepage, her TikTok page has more than 1.2 million followers.

Surprisingly, the metaverse singer interacted with her fans at Avakin Life’s annual Solar Sounds Festival. It attracted over four million attendees, including Reuters.

She told its representative, “I want to perform a live show in a real venue in front of my real world fans. It may not be as far away as people think”.

TheSoul’s Vice President of Platform Partnerships, Victor Potrel, said, “ABBA is doing a series of concerts where they are a hologram on stage, and we think that that’s a type possible – to also bring Polar to the real world in this way.” 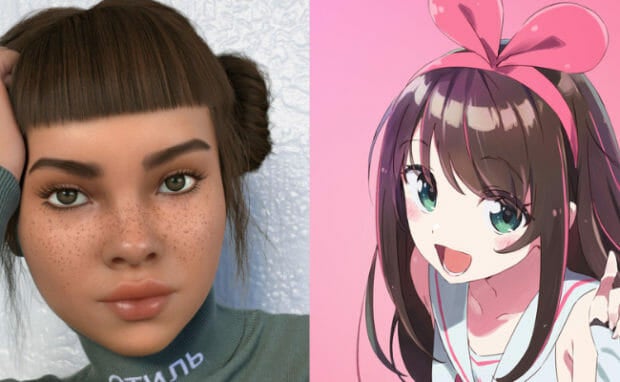 Search “virtual influencer” on Google, and you may notice the word “vTuber” appearing frequently. They may look similar, but they offer different experiences.

A virtual influencer usually limits its content to social media posts and other recorded media. For example, Polar posts TikTok clips and music videos. Also, she appears as a 3D model.

On the other hand, vTubers focus on live content. These personas often appear as 2D anime-inspired characters that freely move during a livestream video.

Moreover, their avatars can move as they show on video. That is why they can exude unique personalities that mimic real people. Some could even move in a 3D virtual space.

This subject may seem outlandish to most readers. You might wonder why people watch these virtual personas online instead of real people.

Both of them offer benefits for viewers, influencers, and companies. Believe it or not, many people worldwide have grown fond of interacting with these virtual people.

Some like their cute personalities, while others enjoy their content. Still, they understand that there is an anonymous individual or group behind these avatars, so they are not real people.

If you are the one behind a virtual influencer, you have full control over it. Unlike real online personalities, they greatly minimize the risk of unintentional drama or negative issues.

For example, you can avoid having a guest say something offensive during a stream. As a result, you could keep your online reputation from becoming tarnished.

That is great news for companies and their marketing campaigns. They can create a virtual influencer representing their brand while avoiding negative publicity.

The rise of influencers from virtual worlds 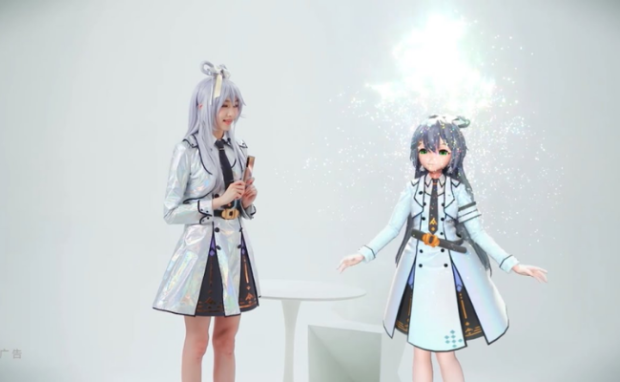 Brands recognize the potential of virtual influencers, so some made their own. Here are some recent examples:

Of course, the Philippines has been catching up to the world’s digital transformation. Instead of virtual influencers, it features numerous vTubers like Bao the Whale.

It now has the first Filipino vTuber Corporation, KoMETA. You can watch its virtual entertainers on YouTube. These unique tech trends are here, and they will keep on growing!

That is why you should follow Inquirer for the latest news and stories. Keep up with the newest tech, cryptocurrencies, e-Commerce, and much more!

Who is the first virtual influencer?

Miquela Sousa is the first online personality that meets the modern definition of a virtual influencer. She started posting content on April 23, 2016, and similar personas followed.

Why are virtual influencers popular?

People find it relaxing to interact with virtual influencers. They also find it interesting to see the life of a fictional character play out in real-time.

Why do some companies use virtual influencers for marketing?

Virtual influencers can promote products and services while avoiding negative publicity. Companies can customize every aspect of these personalities to fit their brands.