Amazon One Soon To Launch In Whole Foods | Inquirer Technology 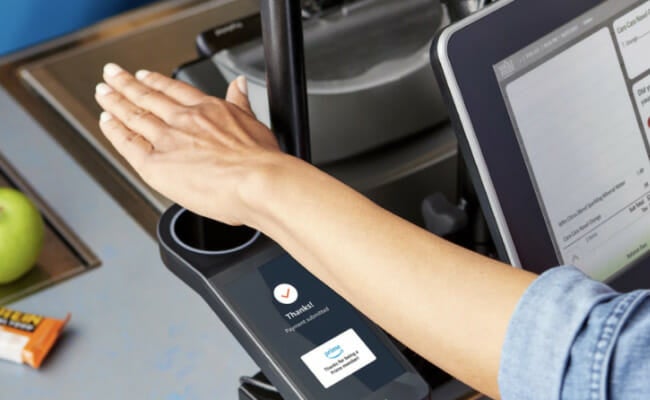 Amazon’s “Amazon One” palm scanner will launch at over 65 Whole Foods branches in California. It is the eCommerce company’s largest rollout to date.

The Amazon One checkout devices first came out in 2020. You could use it in the Amazon Go and Style stores in Glendale, California.

You may also find the service in specific Fresh and Go branches. The device is part of Amazon’s long-term goal of using “contactless” technology to facilitate purchases. Here is how it works:

Amazon One creates palm signatures for each customer via machine learning. The machine takes a picture of the users’ palms. However, it does not store the image.

According to the eCommerce firm, Amazon One encrypts the photos and sends them to a server for matching. However, people are skeptical about this new service.

Some customers hesitate to give up more of their private data for greater convenience. After all, the checkout device may allow Amazon to track their movements.

People also had issues with Amazon’s other actions. For example, it acquired the ticketing company AXS last year. The company plans to implement the service at the Red Rocks Amphitheatre in Denver, Colorado.

Then, hundreds of human rights activists, artists, and music fans demanded that Red Rocks avoid Amazon One. Also, they wanted all biometric surveillance tools out of the premises.

They signed a letter detailing concerns about Amazon sharing palm print data with government agencies. Moreover, it said potential hackers might steal the data from the servers.

Nowadays, Amazon has access to plenty of customer data. For example, people know the company stores voice data from the voice assistant Alexa.