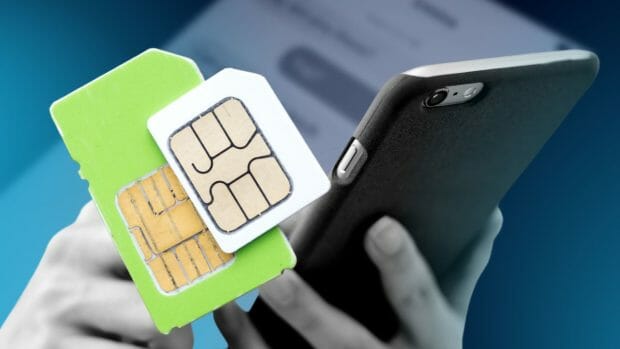 MANILA, Philippines — The House of Representatives has approved on final reading the refiled measure that will require the registration of subscriber identity module (SIM) card ownership.

During Monday’s session, 250 lawmakers voted in favor of passing House Bill No. 14 while six voted against it, and one legislator abstained from voting.

The House approved the bill just months after former president Rodrigo Duterte vetoed the measure due to issues with the registration of social media accounts – which was removed under House Bill No. 14.

The six lawmakers who voted against the bill include members of the Makabayan bloc. They raised privacy issues with a mandated SIM card registration.

According to Gabriela party-list Rep. Arlene Brosas, the bill assumes that all Filipinos may be criminals or perpetrators of phone-related criminal activities.

“Mr. Speaker, we Gabriela Party-list register our strong opposition to the proposed SIM card registration as contained in House Bill 14, as it embodies a serious threat to the privacy of communication and correspondence, and even to Filipinos’ right to communication,” she said during her explanation of her negative vote.

“This proposed SIM card registration bill puts forward a lopsided presumption that all Filipinos are considered as potential criminals and evading the law unless registered as SIM card holders,” she added.

Brosas further claimed that the bill provides a false assurance that it will solve spam messages and phishing problems “when it reality, these crimes and acts will not come to a halt.”

In the explanatory note of House Bill No. 14, the authors noted that telecommunication companies have already removed millions of spam messages and deactivated thousands of phone numbers which could have been solved by requiring ownership registration of SIM cards.

They also mentioned in the explanatory note of the original bill that telco firm Globe Telecom Inc. has blocked almost 71 million spam messages and deactivated 5,670 mobile phone numbers in 2021 alone after complaints from subscribers.

Globe’s competitor PLDT, on the other hand, managed to block 23 million text messages in just three days – from June 11-14. Most of the messages posed as legitimate organizations but had links that redirected users to phishing websites.

Under House Bill No. 14, SIM card buyers must provide public telecommunications entities (PTEs) with valid documents, a complete registration form, and photos to ascertain their identity.

If the customer fails to present any IDs, a National Bureau of Investigation clearance, police clearance, or a Philippine Statistics Authority-certified birth certificate with an ID picture would be accepted.

House Bill No. 14 also imposes penalties for PTEs who will fail to comply with the regulation. PTEs may be fined up to P300,000 for the first offense, P500,000 for the second offense, and up to P1 million for the third and any subsequent offenses.

Before the voting began, Albay 1st District Rep. Edcel Lagman initially contested whether such a bill should be deliberated in the third reading considering that not all lawmakers were in the plenary hall.

Iloilo 1st District Rep. Janette Garin then explained that some of the lawmakers are attending via Zoom while others are still in other committee hearings during the session – which means their attendance are recorded despite them not being physically present, thus, there was a quorum.

Lagman and Garin then agreed to defer other more sensitive bills like those calling for the suspension of the barangay and Sangguniang Kabataan elections on a later date when more lawmakers are inside the plenary hall.