It cruised for eight minutes at 3,500 feet from the Grant County International Airport in Washington state. Evasion’s president and CEO, Gregory Davis, lauded the achievement on CNN Business:

”We have not seen the propulsion technology change on the aircraft since we went from the piston engine to the turbine engine. It was the 1950s that was the last time you saw an entirely new technology like this come together.”

The future of zero-emission air travel 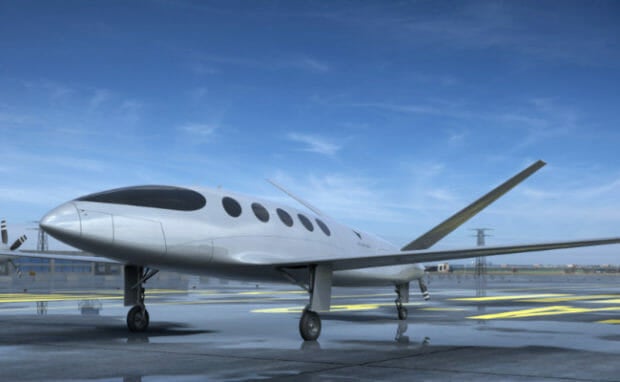 The Alice marks a significant milestone for green aviation. Eviation started in 2015 and has been developing the electric passenger plane ever since.

The Washington state-based company said the Alice would reach roughly 440 nautical miles in April. Moreover, it has a max cruise speed of 250 knots or 286 miles per hour.

Eviation faced an executive turnover and numerous weather problems that prevented testing progress. Nevertheless. Davis felt delighted at the results of the first-ever flight of the electric passenger plane. Also, he said that Alice would have three configurations in the future:

Yet, Davis admits that Alice needs better battery technology. It could stay in the air for an hour or two if it had a battery similar to those in electric cars or smartphones.

We already have the tech in those devices, so why can’t we place it in the electric passenger plane? Their batteries would be too heavy for a plane to fly efficiently, and they tend to combust uncontrollably.

Fortunately, the Biden administration is exploring ways to create renewable plane fuel from sources like algae and corn. Also, you would be surprised how many people are researching options worldwide!

Overall, we could expect a cleaner future for aviation. You can check Inquirer Tech for more updates on the digital transformation of other industries.