You might know Sega for creating famous video games like Sonic The Hedgehog, which had recent movie adaptations. If not, you will recognize it for its mark in blockchain gaming.

Sega is making an NFT game based on its Sangokushi Taisen titles. It is a collaborative project with blockchain firm Double Jump Tokyo.

The crypto CEO Hironobu Ueno said it would use the Oasys blockchain. He said it would “… solve obstacles for gamers, offering fast transactions and zero gas fees and providing users with a more comfortable gameplay experience.”

How will the Sega blockchain game work? 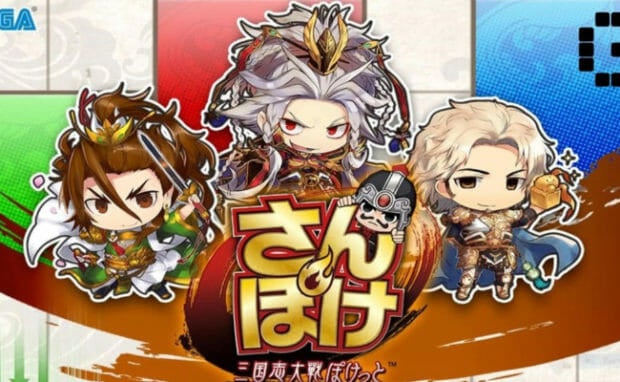 Sega based the Sangokushi Taisen game on the ancient Chinese period of the Three Kingdoms. Hence, it uses personalities from that era as in-game characters.

For example, you could use the well-known Dong Zhuo and his general Lu Bu. Cards represent those people, and you place them on the battlefield to fight for you.

Your and your opponent aim to take down each other’s castles. The person with the most hit points at the end of the match wins.

Sangokushi Taisen is a famous staple of Japanese arcades. However, the Sega blockchain version would turn those cards into non-fungible tokens.

NFTs record ownership of physical and digital objects in a crypto network or blockchain. As a result, Sangokushi cards would turn into NFTs.

At the time of writing, we do not have more details about this game. However, it may turn out like Axie Infinity and other NFT games.

They let you earn NFTs as in-game items. Then, you could sell them on the game’s marketplace so that other players may buy them from you.

In turn, you could earn money by playing NFT games. Moreover, the Sega blockchain game might allow players to get the cards from in-game loot boxes.

For example, Genshin Impact lets you buy Wishes to receive ten random items that may include rare characters.

Other game companies have jumped the NFT trend, such as Square Enix, the creator of the Final Fantasy games.

Many Filipinos have been playing NFT games lately. Axie Infinity helped them earn extra cash while having fun during the pandemic.

Hence, you might be excited to try the upcoming Sega blockchain game. After all, we can expect quality from the maker of classics like Contra.

Note that this article does not offer investment advice. Learn the potential benefits and risks of an NFT game before playing. Start by reading more Inquirer Tech articles.