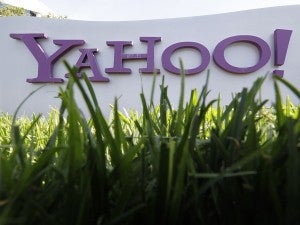 LONDON—Some 450,000 Yahoo users’ email addresses and passwords have been leaked because of a security breach, the company confirmed Thursday, adding that just a small fraction of the stolen passwords were valid.

Yahoo said it is fixing the vulnerability that led to the disclosure, changing the passwords of affected Yahoo users, and notifying other companies whose users’ accounts may have been compromised.

“We apologize to all affected users,” the company statement said.

Technology news websites including CNET, Ars Technica, and Mashable identified the hackers behind the attack as a little-known outfit calling itself the D33D Company. The group was quoted as saying it had stolen the unencrypted passwords using an SQL injection — the name given to a commonly used attack in which hackers use rogue commands to extract data from vulnerable websites.

“We hope that the parties responsible for managing the security of this subdomain will take this as a wake-up call,” the group was quoted as saying.

Online security experts said Yahoo might have done more to protect the stored passwords, with Ohio-based TrustedSec describing the Internet giant’s decision not to encrypt them as “most alarming.”

Nevertheless, the haul does not appear as useful to hackers as they might have thought. Yahoo cautioned that only 5 percent of passwords associated with its account holders were valid.

It was not immediately possible to contact the Ukraine-registered website associated with D33D Company. Its contact form was inoperable Thursday, while an email address and a phone number attributed to the site’s registrant appeared to be invalid.