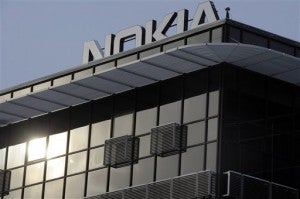 “Nokia’s transition in the smartphone business will cause deeper operating losses and consequently cash consumption in the coming quarters than we had previously assumed,” the ratings agency said in a statement, adding that the outlook on all of Nokia’s ratings remained negative.

Moody’s had bumped Nokia to “junk” status in June, two months after the two other large ratings agencies, Standard and Poor’s and Fitch, but the drop to Ba3 places the Finnish mobile phone maker four notches below investment grade.

Nokia, which recently lost its ranking of 14 years as the world’s biggest mobile phone maker, dramatically changed its strategy a year and a half ago, deciding to phase out its Symbian smartphones in favor of a partnership with Microsoft.

But Moody’s said it was disappointed with Nokia’s outlook and cautioned that its new Lumia smartphones, which the company is counting on to help it survive stiff competition from RiM’s Blackberry, Apple’s iPhone and handsets running Google’s Android platform, were loss-making.

The ratings agency also stressed there was no guarantee Nokia’s highly anticipated Windows Phone 8, set to launch later this year, would help it get back in the black.

“A return to profitability in the Devices & Services (D&S) segment on the back of smartphones with the Windows Phone 8 mobile operating systems is by no means assured,” the agency said.

Nokia, meanwhile, said it was disappointed with the downgrade, but insisted in a statement that “its impact on the company is limited.”

“Nokia’s financial position remains strong,” it stressed, pointing out that as of the end of June it had a net cash balance of 4.2 billion euros and a credit facility of 1.5 billion, which it can count on until 2016.