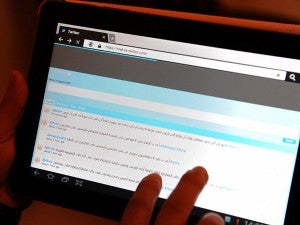 PARIS—Over 500 million people are on micro-blogging site Twitter and Americans and Brazilians are the most connected, according to a study by social media monitor Semiocast released Monday.

Twitter surpassed the half-billion mark at the end of June, with the United States accounting for both the most users and largest number of “tweets” or short messages of no more than 140 characters posted on the site.

The Paris-based monitor carried out the study by analysing data like time zone, geolocation and language available for the social networking site’s total 517 million accounts.

The US accounted for more than 141 million of Twitter users, with Brazil ranking second with 41 million after seeing its number rise by 23 percent since the start of the year. Japan came in third with 35 million users.

Americans also posted the highest number of Twitter messages, with 25.8 percent of all tweets hailing from the US.

Japan came second accounting for 10.6 percent of all tweets, making Japanese the second most common language on Twitter after English.

The study found Jakarta to be the most active Twitter zone, with 2.4 percent of all tweets originating in the Indonesian capital.

The popularity of Twitter continued to soar in the Arab world following the site’s key role in the “Arab Spring” revolutions last year, with Arabic now the site’s sixth most common language.