Cayetano: UN report acknowledged as source in speech on environment 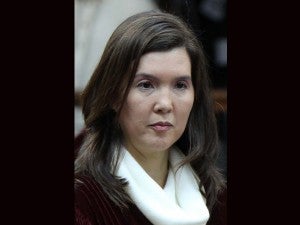 MANILA, Philippines—Repeatedly quoting a United Nations report throughout an entire speech would be tedious. Would not an acknowledgment of the source in the first part of the speech suffice?

Senator Pia Cayetano said a speech she gave on World Environment Day acknowledged the UN Environment Program (UNEP) as her source of information.

“If you will read it, from the very first paragraph, I acknowledged UNEP and from there, I defined (its) programs. (My critics) are saying I should acknowledge (UNEP) in every sentence during the speech. That would be difficult (“mahirap naman ‘yun”),” the senator said in an ambush interview on Thursday.

Cayetano admitted that when the speech was uploaded, her staff used an “old” WordPress program that apparently failed to accommodate footnotes that would have acknowledged UNEP as her source.

The senator said her staff already made the “appropriate corrections” although she added that the UN has always encouraged the “free use of its material.”

A group of local bloggers called Pinoy Templars took Cayetano to task earlier this week for allegedly taking quotes used in her speech on the environment quoting UNEP and another on maternal health from “at least two” sources with “nary an attribution.”

The bloggers said Cayetano also did not recognize Health Undersecretary Mario Villaverde when she used information from his presentation on maternal health in a speech in April 2008.

The senator however, said the second speech dated February 2011 was not delivered at all.

“I wish the one who blogged made a little effort to check this out.  You see, the speech was never delivered on the floor,” Cayetano said in Filipino.

The senator recalled a request made in relation to International Women’s Day.

Cayetano never read the speech on the floor but merely “ad libbed” some lines “on the rights of mothers” when the Senate observed the occasion.

“And then I showed a video clip,” she said.

The senator added that the speech was still uploaded by a media officer despite this.

That the employee failed to put in footnotes was a simple “technical glitch…but I have always acknowledged that proper footnoting should be there,” she added.

“This is such a simple issue.  I find it quite malicious that (the bloggers) would try to impute malice in this.  But rest assured to all writers and bloggers that your literary work should always be accredited and acknowledged,” Cayetano told reporters.

Apart from Cayetano, Senate majority leader Tito Sotto was also accused of delivering a speech last week where lines from a US blogger’s post on the dangers of contraceptives were lifted without acknowledging the one who wrote it.

His chief of staff admitted the wrongdoing, but quickly said Sotto could not be held accountable since it was their researchers who failed to acknowledge the blogger.