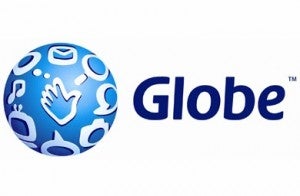 MANILA, Philippines—The Ayala-led Globe Telecom is offering rebates to its prepaid and postpaid subscribers that were affected by a technical glitch that crippled the company’s network in southern parts of Metro Manila last Saturday.

The firm said the problem was caused by a router supplied by a leading US vendor that malfunctioned and had to be reconfigured.

“This has resulted in Globe customers experiencing difficulty making and receiving calls in some parts of Las Piñas, Muntinlupa, Parañaque as well as parts of Manila and Pasay this weekend,” the company said.

“Globe will also be replacing this system in conjunction with its new network build,” it added.

In an earlier statement, also released on Monday, Globe said it would offer rebates to subscribers affected by the disruption. “We will notify affected customers with details on the customer rebate through SMS,” the firm said.

In November 2011, Globe announced that it would embark on a $700-million network modernization program to address growing concerns from subscribers and improve its service capabilities especially for mobile data.

The program also aims to future proof the network for smartphone traffic and to allow evolution to new mobile connectivity standards.

“We want to dispel rumors being spread in social media that we are having difficulties in modernizing the systems of Globe. I’d like to say that there’s no truth to this rumor,” Globe president and CEO Ernest Cu said in a statement.

“While building a new network and keeping the old one running is challenging, we are on plan and the modernized areas have yielded the results that we expect. Customers in these areas are already experiencing faster mobile browsing, quicker call connections, rare dropped calls and instant text delivery,” he said.

“The recent challenges have nothing to do with our new network. It only serves to highlight why we need new infrastructure to service this market,” he added.