Philippines first in Asia to get New iPhone? 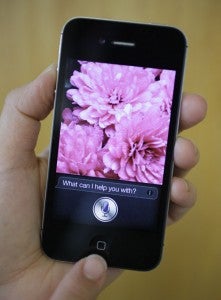 The Apple iPhone 4S. Smart Communications said it is negotiating with Apple Inc. to include the Philippines in the second batch of countries to officially get its latest model, the iPhone 5, or New iPhone. AP PHOTO/ERIC RISBERG

MACTAN, Cebu—Filipinos may get their hands on Apple Inc.’s upcoming iPhone, expected to be launched next week, much sooner than expected, the country’s top mobile network said.

Smart Communications chief wireless adviser Orlando B. Vea said the company was negotiating with the Cupertino-based consumer electronics giant to include the Philippines in the second batch of countries to officially get the latest model of the popular smartphone.

“Hopefully, we can be in the early batches. We can’t get that information from Apple yet, but we’re working on it,” Vea told reporters this week. “Hopefully, we will be one of the first in Asia,” Vea said.

Speaking on the sidelines of the Asian Carriers’ Conference, Vea said the Apple iPhone 4S was one of the best-selling high-end smartphones the telco has ever offered to its subscribers.

The iPhone 4S was the first iPhone model carried by Smart. The device was launched in December 2011 in the Philippines—three months after it was unveiled by Apple CEO Tim Cook at the company’s California headquarters.

The Philippines was included in the fifth batch of countries to receive the iPhone 4S, together with Brazil, Russia, Malaysia, Saudi Arabia, Taiwan and the United Arab Emirates, among others.

For the next iPhone, Vea said Smart hopes that the Philippines would be among the first countries in Asia to get the device.

Japan was the only country in the region to be included in the first batch of countries for the iPhone 4S.

Singapore was the only country in the second batch, while Hong Kong, South Korea and India were in the third and fourth batches.

The next iPhone model, expected to be named either iPhone 5 or simply “the New iPhone,” will likely be launched next Wednesday.

The device is expected to be slightly bigger than the existing iPhone model, and will likely feature 4G high-speed Internet connectivity.