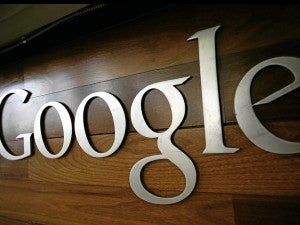 AMMAN — Google has agreed to block all links connecting Internet users in Jordan to an anti-Islam film made in the United States that has stirred outrage across the Muslim world, a Jordanian minister said on Saturday.

“We asked Google to block all links to this film in the kingdom and we have had a favourable response,” said Communications and Information Technology Minister Atef Tel, quoted in Al-Dustur newspaper.

Agence France-Presse journalists in Amman, however, were still able to access the film on Saturday morning.

The low-budget film “Innocence of Muslims,” incited a wave of bloody anti-American violence in cities across the Muslim world which targeted symbols of US influence ranging from embassies and schools to fast food chains.

At least 30 people have died so far in unrest connected to the film in over 20 countries.

Google, the parent company of YouTube, said on Wednesday that the film would be restricted “in countries where it is considered illegal by local authorities” such as India, Indonesia, Malaysia and Saudi Arabia.

YouTube last week restricted access to the film in Egypt and Libya after unrest in those countries, and has been adding countries to the list. Some others, including Pakistan and Sudan, have blocked access themselves.