Many US stores sold out of iPhone 5 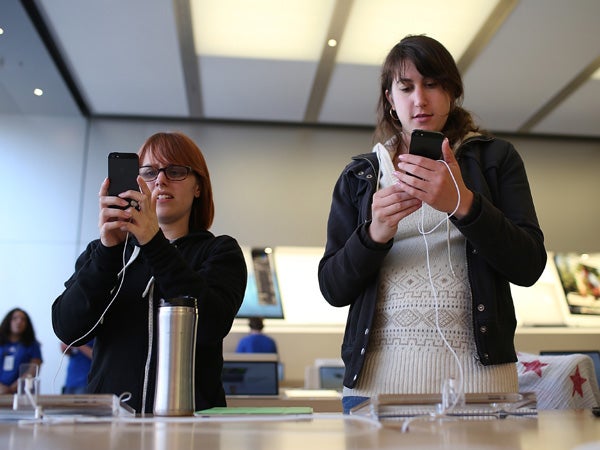 Customers inspect the new iPhone 5 at an Apple Store on September 21, 2012 in San Francisco, California. AFP

It was possible to walk into a store Saturday and buy an iPhone 5, but it took some hunting.

Some stores reported having Apple’s newest phone available for walk-up customers, though not all versions of it. A random check of about a dozen stores indicated that most were sold out.

A Verizon store in New York City said the 32 and 64 gigabyte models, but not the 16 GB version, were available. A Sprint store in a suburb of St. Paul, Minnesota, said all but the most expensive 64 GB iPhone 5s were sold out.

“Before we were even scheduled to open, we were pretty much out,” said Eric Rayburn, a worker at a Sprint store in Phoenix.

It’s hardly uncommon for supply shortages to make it difficult to get new iPhones in the first days after their release. For Apple, the iPhone introduction is the biggest revenue driver of the year. Analysts say the company will likely sell millions of phones in the first few days.

There were long lines Friday at Apple’s stores in Asia, Europe and North America as customers pursued the new smartphone. Apple and the phone companies haven’t provided sales figures from the first day. Apple is expected to announce early results Monday

Last year, Apple said on the Monday after the launch of the iPhone 4S that it had sold 4 million in the first three days.