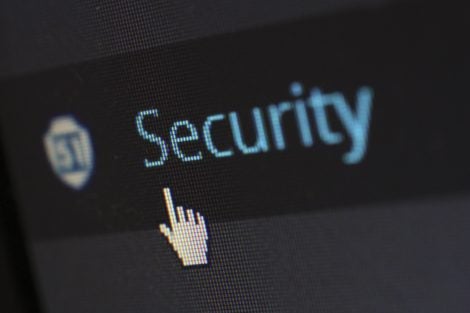 MANILA, Philippines—A new cybercrime law in the Philippines that could see people jailed for 12 years for posting defamatory comments on Facebook or Twitter is generating outrage among netizens and rights groups.

The stated aim of the wide-ranging law is to tackle a multiplicity of online crimes, including pornography, hacking, identity theft and spamming, following police complaints that they lacked the legal tools to combat them.

However, the act also includes a provision that puts the country’s criminal libel law into force in cyberspace — but with far tougher penalties for Internet defamation than in traditional print media.

Anyone posting a libellous comment online, be it on Facebook, Twitter or anywhere else, faces a maximum prison sentence of 12 years and a fine of P1 million ($24,000).

The Cybercrime Prevention Act of 2012 also allows authorities to collect data from personal user accounts on social media and listen in on voice/video applications, such as Skype, without a warrant.

“Not everyone is an expert on what constitutes libel. Imagine a mother like me, or teenagers and kids who love to rant. It really hits our freedoms,” Dado told Agence France-Presse.

While harsh criminal libel remains in force in other parts of Asia, Dado said the new law sent the wrong signal in a country that overthrew the military-backed Ferdinand Marcos dictatorship just 26 years ago.

Dado, a lawyer’s wife known online as the “momblogger”, is among a group of critics campaigning for the libel element of the cybercrime law to be repealed.

Bruce Adams, Asia director for New York-based Human Rights Watch, said the law was having a chilling effect in the Philippines, which, with its population of almost 95 million, is one of the world’s biggest users of Facebook and Twitter.

“Anybody using popular social networks or who publishes online is now at risk of a long prison term should a reader — including government officials — bring a libel charge,” Adams said.

Five petitions claiming the law is unconstitutional have been filed with the Supreme Court. The petitions all say the law infringes on freedom of expression, due process, equal protection and privacy of communication.

The lone opponent when the bill was voted on in the Senate, Senator Teofisto Guingona, filed one of the petitions.

“Without a clear definition of the crime of libel and the persons liable, virtually any person can now be charged with a crime — even if you just re-tweet or comment on an online update or blog post,” Guingona told the Supreme Court. “The questioned provisions… throw us back to the Dark Ages.”

The petitions all state that the law infringes on freedom of expression, due process, equal protection and privacy of communication.

Law professor Harry Roque from the University of the Philippines, who filed another, said the country was one of a shrinking number worldwide where defamation remained a crime punishable by prison.

He said the Philippines libel laws — part of a penal code that was drawn up 82 years ago — go against the trend in many advanced democracies, such as the United States and Britain, where defamation is now punished with fines rather than imprisonment.

Amid the public backlash, a number of senators who voted for the Cybercrime Act have started to disassociate themselves from it, with some even saying they did not read the provision on libel.

However presidential spokesman Edwin Lacierda has defended the law.

Nevertheless, Lacierda said the law could yet be refined. He has called for critics to submit their concerns to a government panel that will issue by the end of the year specific definitions of the law, such as who may be prosecuted.