TRO a ‘temporary victory’ vs cyberlaw 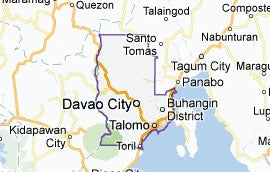 DAVAO CITY, Philippines—Journalists and militants in this city, who joined protests against RA 10175 on Tuesday said the temporary restraining order issued by the Supreme Court was “a tactical victory for the struggle against the Cybercrime Prevention (Act) and in the fight for press freedom.”

“The state must have felt the heat,” Jeffrey Tupas of ABC-5 and director for Mindanao of the National Union of Journalists of the Philippines, said.

But Tupas said the fight against the Cybercrime Law did not end with the issuance of the TRO.

“A lot more must be done, with (Senator Vicente) Sotto’s flip-flopping on his stand on libel,” Tupas said.

Stella Estremera, editor-in-chief of SunStar Davao, agreed by saying the TRO was only a temporary victory.

“It is still a temporary restraining order. Meaning, it can expire and it can be lifted,” Estremera said.

Tupas said the public should remain vigilant against the cybercrime law.

“No reason to let our guards down. The battle has just begun. This is not to say that we have already taken our freedom back. This is to say that we should continue fighting for this freedom against those who wish to take it away from us, to render us voiceless,” Tupas said.

Juland Suazo, spokesman of Panalipdan-Southern Mindanao, said that even if it was temporary, the Supreme Court’s order was a step forward in the fight against the cybercrime Law.

Bagong Alyansang Makabayan-Southern Mindanao secretary general Sheena Duazo said that the positive response of the Supreme Court is the result of the defiance of the people “both online and offline.”

“But the people need to be more vigilant because President Aquino is firm in his position to not decriminalize libel,” Suazo said.

The New York-based Human Rights Watch said it lauded the Supreme Court for stopping the implementation of the cybercrime law, which threatens to stifle free expression in cyberspace and bring the country back to the dark days of Martial Law.

“We commend the Philippines Supreme Court for issuing a temporary restraining order against the Cybercrime Prevention Act,” Brad Adams, Asia director of Human Rights Watch, said in a statement. “The court should now go further by striking down this seriously flawed law,” he added.

Adams also reminded Congress of its obligation under international law, as he asked lawmakers to see to it that laws governing cyberspace they plan to enact should not “infringe” on civil liberties and human rights.

“Congress, if it still wants to have a law governing online activity, should ensure that such a law will not infringe on civil liberties, human rights, the Constitution and the Philippines’s obligations under international law,” Adams said.

“All provisions in Philippine law that allow for imprisonment for peaceful expression should be repealed. Congress should also ensure that any discussion on proposed laws be done in a transparent manner,” he added.

Jessie Casalda, NUJP-Davao chair, said they will continue to demand for the scrapping of the law.

In Cagayan de Oro City, the NUJP said it was not scrapping a planned protest–to be held later in the day–even with the issuance of the TRO.

Cong Corrales, NUJP-CDO vice chair, said unless it was scrapped, RA 10175 would continue to threaten the freedom of speech and of expression.

“The Cybercrime Prevention Act will stifle dissent and criticism of the government,” Corrales said.

Reacting to the issuance of the TRO, former Cagayan de Oro Press Club president Santiago Goking, Jr. said the SC should go a step farther by declaring the law unconstitutional.

He also said the SC stood independent of Malacañang’s decision, which could restore the public’s confidence in the judicial system.

“The SC, led by CJ Sereno, made the public know that it treasures our constitutionally-protected freedom and likewise, it has regained its independence as the court of justice and equity,” Goking, also a lawyer, said. Reports from Karlos Manlupig, Germelina Lacorte and JB Deveza, Inquirer Mindanao