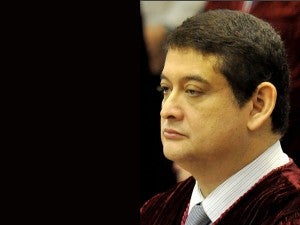 MANILA, Philippines—Senator Teofisto Guingona III has filed a bill, allowing internet users to participate in the legislative process in Congress.

Under Senate Bill 3300 known as “Crowdsourcing Act of 212,internet users may comment on bills filed either in the House of Representatives on the Senate – from the time of the filing and even before the signing of the bills into law.

“All comments sent through email and similar means using information technology shall form part of the official and public records of Congress and must be considered in the drafting of the committee reports for pending bills,” it said.

The public participation through Internet will also be allowed during discussions in the plenary – from the time the sponsorship speech of the bill is delivered until it is approved and voted on third and final reading – and even until the bill reaches the bicameral conference committee.

“Before signing any bill into law, the President must allow the people to submit their comments online for at least 5 days,” it said.

“After the five-day-period, the President must observe a three-day period or longer within which he can consider the views presented to him by the people. The periods in this provision can only be shortened for measures that have been certifies as urgent by the President,” it further said.

In his explanatory note, Guingona said he filed the measure to expand the avenues of participation to the online community and harness the productive and effective power of social media.

“It seeks to give a voice to netizens. People participation must go beyond physical borders. From Batanes to Sulu, people must be allowed to participate in the process of law-making,” he said.