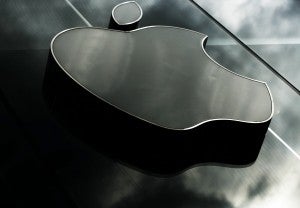 This April 5, 2012 photo shows the company logo at the Apple Store in London. Apple Inc. is set to reveal a smaller, cheaper version of the iPad at an event on Oct. 23, according to several reports published Friday, Oct. 12, 2012. (AP Photo/dapd, Martin Oeser, File)

Apple Inc. is set to reveal a smaller, cheaper version of the iPad at an event on Oct. 23, according to several reports published Friday.

The reports from Bloomberg News, Reuters and the AllThingsD blog are based on unnamed sources “familiar with the plans.”

Apple Inc. hasn’t said anything about a smaller tablet, a concept company founder Steve Jobs derided two years ago. But company-watchers have assumed for months that an “iPad mini” will appear before the holiday season.

The screen is reportedly about half the size of the iPad’s, which measures 9.7 inches diagonally. Analysts speculate the starting price of the device could be about $299.

With the device, Apple could close an opening in the tablet market for rivals like Amazon.com Inc., whose Kindle Fire is half the size of the iPad and starts at $199. Google Inc. and Barnes and Noble Inc. also sell tablets in the same size and price range.

Apple’s event would occur three days before Microsoft Corp. releases Windows 8, the new version of its operating system. Microsoft will be releasing its “Surface” tablets with the software.