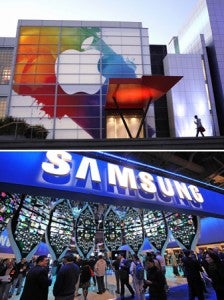 San Jose judge Paul Grewal granted the motions filed by the two companies, which are embroiled in patent lawsuits in 10 nations and have accused each other of stealing design and technology.

Samsung — the world’s top mobile and smartphone maker — was ordered by a US jury in August to pay Apple $1.05 billion in damages for illegally copying iPhone and iPad features for its flagship Galaxy S smartphones.

It has appealed the ruling.

Since then, two separate rulings by courts in Japan and the Netherlands have dismissed Apple’s claims of patent infringement.