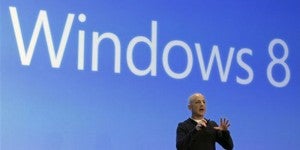 MANILA, Philippines—Officials of Philippine Long Distance Telephone Co. (PLDT) are now closely watching Microsoft’s new Windows 8 operating system and the effects it will have on the market, whether it will push more consumers to demand high-speed Internet on their mobile devices.

With a significant rise in demand, PLDT may have to raise its capital expenditure (capex) budget for 2013, said PLDT chairman Manuel V. Pangilinan.

“Windows 8 is likely to create another layer in the architecture of our network and behavior of consumers,” Pangilinan said. “We have to consider what the impact will be on [PLDT’s] capex and our network configuration. We originally planned for a much lower capex for 2013, but now, if there’s any reduction, it would be a modest one.”

The new Windows 8 OS is optimized for traditional desktop and laptop computers, tablet devices and mobile phones. This will bridge the gap between PCs and other mobile devices that more consumers are starting to buy.

“As you know, our networks were designed for legacy services. These are calls and text messaging. We need to be able to look at the architecture of our networks to respond to exponential growth on the traffic side,” he said.

“Demand growth is likely to match or outpace the decline in margins, and growth in investment and credit metrics will generally be stable or slightly improved,” said Steve Durose of Fitch Ratings.