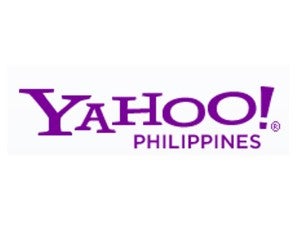 MANILA, Philippines—Internet pioneer Yahoo! is pushing for the Philippines to be one of the region’s centers for consumer electronics technology given the young population’s love for gadgets, from computers and mobile phones to high-end cameras.

Yahoo! Philippines will hold its first consumer electronics exposition, called TechnoStorm, where the company plans to bring under one roof the biggest names in technology such as Nokia, Samsung and Apple to show off their latest products for the local market.

“The dream is to host an event like CES [Consumer Electronics Show],” Yahoo! Philippines country ambassador and sales director Arlene Amarante said, referring to the Las Vegas tech show known as the world’s largest exposition for the latest in consumer electronics.

Amarante said TechnoStorm would be at a much smaller scale, but it was aimed at eventually competing with Computex, an annual information technology expo hosted by Taiwan for more than a decade now.

“To get Smart, Globe, PLDT and Wi-Tribe in the same event is hard. It’s also hard to have Nokia, Samsung and other companies in the same arena. But they look at it as an industry push,” Amarante said.

“If the industry is able to do this with the help of all the parts, as a whole, it would be a lot better. Yahoo is there to be a core platform to help them out,” she said.

The TechnoStorm expo, to be held at the TriNoma mall in Quezon City from November 26 to December 2, comes just in time for the holiday season, when millions of Filipinos are expected to shop for gifts for friends and relatives.

Complementing the physical event is the launch of an interactive online site featuring cutting-edge products and services from leading global and local brands.

Aside from featuring latest gadgets, the site ph.news.yahoo.com/technostorm will also have latest news and updates on tech companies, as well as “expert” columns for consumer questions.

“Technostorm is a celebration of all things tech. Yahoo’s digital capabilities provide a unique platform for Filipinos to explore, discover and understand the world of technology, and bring them face to face with gadgets and devices that create connectivity,” Amarante said.