Bicol on heightened alert for launch of South Korean satellite 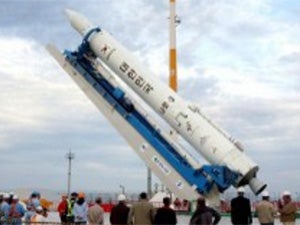 Bernardo Alejandro, regional director of the Office of Civil Defense in Bicol and RDRRMC head, advised all local disaster councils to be on Blue Alert (on stand-by) on Wednesday and on Red Alert(on 24 hour operations) on Thursday for the third launch of the Korea Space Launch Vehicle-1 (KSLV1).

The satellite’s launching was initially scheduled in October but this was suspended following technical problems.

He said he has advised the Philippine Coast Guard (PCG) and the Civil Aeronautics Authority of the Philippines (CAAP) to enforce the “no sail, no fly zones and no fishing” in the eastern seaboard of Bicol.

Provinces along the eastern seaboard are Catanduanes, Albay and Camarines Norte.

But commercial plane flights from Manila to various airports in Bicol and vice versa will not be suspended on Thursday since Bicol airways are not included in the flight path of the rocket launch, said Alejandro.

He expressed optimism that rocket debris fall would not affect the region as the South Korean rocket booster is expected to fall into the Pacific Ocean some, 600 nautical miles east of Luzon.

The launch is considered critical for South Korea’s efforts to join an elite space club that includes Asian powers China, Japan and India.