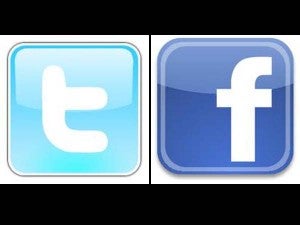 WASHINGTON—Blame social media the next time it feels like forever for your turn to use the toilet.

According to a study released Monday, 32 percent of people in the United States aged 18 to 24 say they use social networking in the bathroom.

The same report from marketing research firms Nielsen and NM Incite also found that 51 percent of US adults between 25 and 34 use social networking in the office — more than any other age group.

While personal computers remain the primary tools for logging onto sites like Facebook and Twitter, the report — posted at blog.nielsen.com — noted a significant increase in the use of cellphones and tablets as well.

Forty-six percent of respondents said they used a mobile phone to connect online, up from 37 percent last year, while 16 percent used a tablet like Apple’s iPad, up from just three percent in 2011.

Facebook remained by far the most popular social networking site among Americans — but there was a stunning 1,047 percent year-on-year increase in the number of unique PC visitors to the online scrapbook Pinterest.