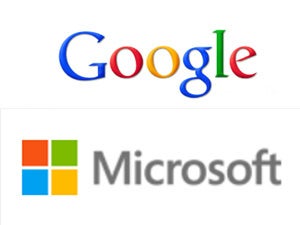 Google launched its Global Impact Awards program with a first round of funding allocating a total of $23 million to seven organizations “changing the world.”

“Technology has dramatically improved our lives, from the speed at which we get things done to how we connect with others,” Google director of giving Jacquelline Fuller said in a blog post announcing the awards.

“Yet innovations in medicine, business and communications have far outpaced tech-enabled advances in the nonprofit sector.”

Meanwhile, Microsoft held a Social Innovation Summit at which it announced the winners of $3 million in “Imagine Cup” grants to students with promising projects for the global good.

A $100,000 grand prize Imagine Cup grant went to a team from Germany that devised a way to reduce traffic congestion and carbon emissions by letting each driver know the best route to their destination.

Other grant winners included Australian students with a way to better detect pneumonia and a team from the Ukraine that developed a handheld gadget that translates sign language into verbal communication.

The World Wildlife Fund was awarded $5 million for technology to battle poaching. Millions of dollars were also awarded to groups involved with improving math and science education in the United States.